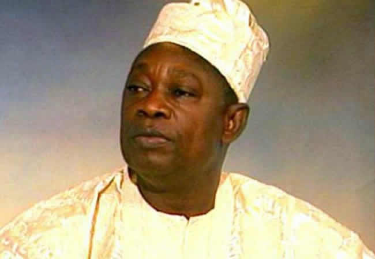 The children of the late Kudirat Abiola, wife of the late winner of the June 12, 1993 presidential election, Moshood Abiola, have written to President Muhammed Buhari asking him to wade into a family crisis over the sharing of properties left behind by their father.

The children, led by Lekan Abiola, in the appeal letter titled, ‘Report of A Decade-Long Fraud’ alleged that after over two decades of their parents’ demise, some unnamed members of the family “have continued to deny them their rights to their shares of the late business mogul’s properties within and outside Nigeria.”

“Your Excellency, we know you are determined to build a new Nigeria where there is law and order and as a result you will want to be informed about the matter at hand before it gets out of hand,” the letter reads.

“Our father was a man of equity and, as such, he established companies that reflected this side of him. In all his companies he made sure that no child was given one single share and that no child was even officially made a director. Even in Habib bank (now Keystone Bank), he gave equal shares to children of different mothers (Kola and Lekan were given equal shares and this can be verified),” they wrote

The children said “each wife was not given more than one single share”.

They added that “strong evidence to this has been sent along with the original copy of the letter to President Buhari”.

“However, five years following the death of our father, some members of the family fraudulently and criminally inserted their names into our father’s companies, including the most active one called RCN in whose name our father had used to purchase the bulk of his shares at Habib Bank,” the children alleged.

“Having taken control of this company, these individuals were able to tamper with the Bank PHB shares and borrow monies from commercial banks using our father’s assets with the aim to default and impoverish his other children,” they added.

“This is despite the fact that in his will our father stated that his entire assets should be equally shared among all his children. This is something that should have been done over two decades ago. They were also able to use their new status in RCN to exert influence on other companies like Abiola Farms and Abiola Bookshop where RCN is also a major shareholder.”

According to the letter, “several cases had been filed seeking to declare their actions as fraudulent but the court had repeatedly adjourned the suits.”

“Even some other members who serve as administrators with Kola have joined this case against these fraudulent insertions out of fear of their names being tarnished. It is worthy of note that any open disagreement between administrators renders their validity null and void.

“In the meantime, the perpetrators continue with their acts on the basis of an invalid letter of administration that has failed to live up to its task. They never give account to qualified beneficiaries but were apt at publishing names of children who supposedly failed DNA tests while those who passed (including all of our mother’s children) have received nothing since our father died over two decades ago.

“The UK property our father secured for our mother was even sold illegally a few months after her assassination and proceeds not given to us (all we were told is that some debts involving the estate had to be paid. This property is now worth almost a billion naira). Furthermore, the money willed to her was withheld from us while other wives had the UK properties secured for them converted to their names and also received monies willed to them.”

The aggrieved children urged Mr Buhari to intervene in the following areas:

*The CAC should be asked to rectify the criminal changes made to RCN and to reverse the companyto its original form as of the time our father died when he owned 499,999 shares and the late Alhaja Simbiat owned 1 share (in other words, it should withdraw the 60 percent and 40 percent illegally given to both Agbo and Deji Abiola).

*Then the CAC should immediately declare the company as moribund. All proceeds received from the sale of its shares in PHB and revenues accrued from Summit Oil (using the fact that RCN is a shareholder of Summit Oil) should be returned to the rightful heirs as intended by our father.

*Your Excellency, the CAC should ensure that there is only one authentic RCN and that any company that appears to look like RCN (being incorporated after my father’s death) is declared a fraud and deregistered.

*The protection of the status of our mother as a director in Abiola Farms through which her position can only be substituted by our surviving children through a legal proceeding which has already been done by two high courts.

*All investigative agencies should move with speed to bring the culprits to book since this is a criminal offense and not a civil matter. The culprits must be made to return all monies earned illegally after deducting what was entitled to their mother in the will or the current value of any property denied her as ocurred in our own case). These people should face the full and swift wrath of the law to serve as a potent example and deterrent to others planning to carry out similar crimes.

*The NNPC and DPR should be instructed to stop dealing with any individual claiming to have authority over oil blocks belonging to Summit Oil under any name and guise, particularly under the basis of being illegal directors of RCN. Any agreements made with any entity under this arrangement should be declared null and void.

*We urge you to order an objective investigation and hope that we receive justice in this criminal matter. We know that the other party would also communicate with you and we look forward to that.

Mr Abiola, who is the acclaimed winner of the June12, 1993 presidential elections, died in controversial circumstances after being detained by the Sani Abacha regime.

Mr Abiola had won by a landslide in the elections widely reported as free and fair but was denied his mandate by Ibrahim Babangida, a military dictator, who wanted to extend his rule.

His wife, Kudirat was assassinated during the efforts to reclaim his (Abiola) mandate.

For many years after Mr Abiola’s death, pro-democracy activists and groups advocated a post-humous recognition for the late politician. Their cries were, however, not heeded by successive governments.

Part of the requests the group made was for the traditional yearly democracy day celebrated by Nigerians to be shifted from May 29 to June 12 to honour MKO (as he was fondly called), the validation of his victory at the polls and conferment of national honour.

The struggle eventually paid off when he was post-humously conferred with the highest honor in Nigeria by President Buhari and the official recognition of June 12 as Nigeria’s democracy day.