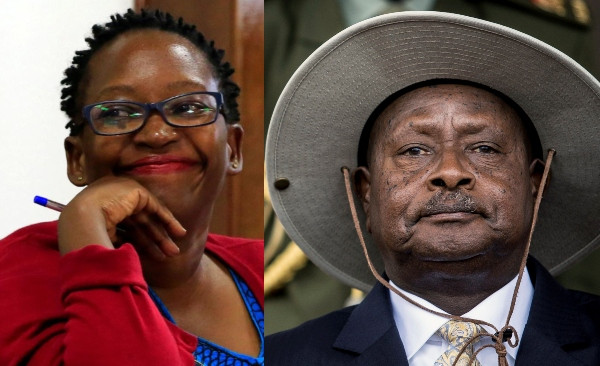 Prominent Ugandan academic, Stella Nyanzi was on Friday August 2 handed an 18 months jail sentence over a poem in which she used President Yoweri Museveni’s mother’s vagina to criticise his “oppression, suppression and repression” in the country.

Stella who once called Museveni “a pair of buttocks”, was found guilty of cyber harassment over the Facebook post which went viral.

The academic sat for her sentencing via a video link from a maximum security prison by the shores of Lake Victoria in Kampala. Reuters reported that she shouted vulgarities, flashed her breasts and gave a double middle finger on several occasions during the court session.

“My presence in your Court as a suspect and prisoner highlights multiple facets of dictatorship. I exposed the entrenchment of autocracy,” she wrote in her most recent post, a poem about her court case.

“I refuse to be a mere spectator in the struggle to oust the worst dictator.”

The sentencing ignited the outrage of rights activists who accused the government of using laws about electronic communications to stifle political dissent.