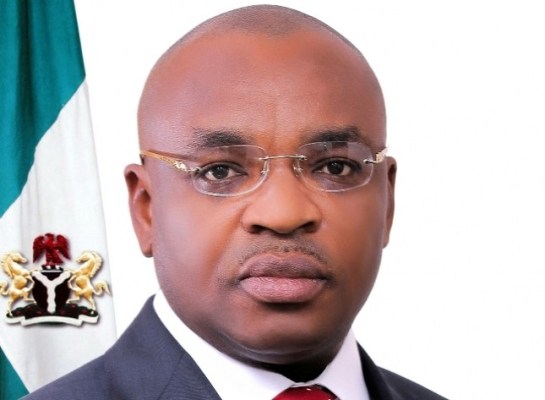 As the Election Petitions Tribunal begins hearing cases brought before it by parties challenging the outcome of the 2019 elections in Akwa Ibom State, Governor Udom Emmanuel has reportedly assured bigwigs of his party and cabinet members of victory at the tribunal and in courts.

This is even as the Resident Electoral Commissioner in the state, Mr. Mike Igini lambasted the main opposition party, All Progressives Congress (APC), for challenging the results of the elections, saying “APC members are in tribunal to make noise to get federal appointment.”

A serving commissioner in the governor’s cabinet who pleaded anonymity told our correspondent that at a recent state executive council meeting, Governor Emmanuel told the exco members not to lose sleep over series of post-election litigations against the PDP.

The commissioner, who also said that he has been reliably informed that his name has been penciled down as one of the appointees to be dropped, provided said the governor hangs his hope on judges.

His words: “The governor at the state exco council meeting kept telling us not to lose sleep over the tribunal. He said that he will defeat anyone who challenges his reelection down to the Supreme Court.

“We know that his closeness to Onnoghen (former Chief Justice of Nigeria), Paul Usoro (embattled NBA President), and Justice Mary Odili paved way for his boastfulness. He is said to have already secured the assurances of top judges to help influence judgments in courts. You know our judiciary operates a cash and carry system.”

The commissioner who said the governor’s plan to get rid of “foot soldiers who fought for him will backfire.”

“In preparation for 2023, the governor is planning to drop some known loyalists including me. He thinks if we are empowered till 2023, we would challenge his succession plan. Any attempt to drop the foot soldiers who fought for him will backfire. Chief Nduese Essien is from my Senatorial District, he is protecting our interest. They want to shut us up and push us away from government.”

“I wish the PDP well, but we should not be taken for granted”, he added.

Meanwhile the Security Agencies have intensified their monitoring of the judges and panel members as part of sanitizing of the Judicial system.

It would be recalled that Mr Udom’s election in 2015 was also a subject of litigation on allegation widespread election malpractices and disenfranchisement of the electorates which led to its annulment by the Court of Appeal. It took the intervention of the Supreme Court to settle the matter in his favour.