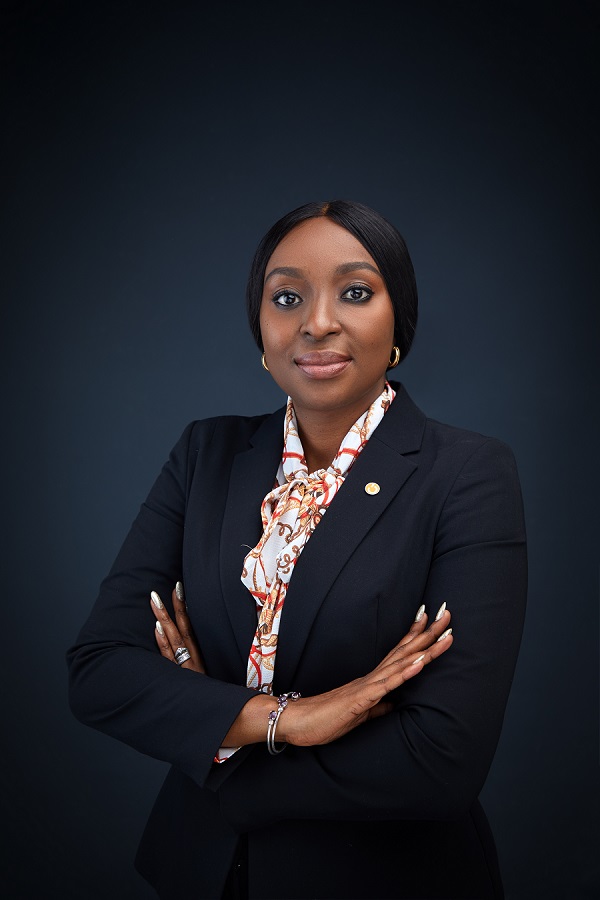 Owen Omogiafo has been appointed as President/GCEO of Transnational Corporation of Nigeria Plc, with effect from March 25, 2020. She succeeds Valentine Ozigbo, who is retiring to pursue a career in public service, having served Transcorp for close to a decade. Owen is currently the MD/CEO of Transcorp Hotels Plc and has over two decades of corporate experience in organisational development, human capital management, banking, change management and hospitality. She holds a B.Sc. in Sociology & Anthropology from the University of Benin, an M.Sc. in Human Resource Management from the London School of Economics and Political Science and is an alumnus of the Lagos Business School and IESE Business School, Spain. She is also a member of the Chartered Institute of Personnel and Development, UK and a Certified Change Manager with the Prosci Institute, USA. She has received multiple awards and been named as one of Africa’s top 100 Female CEOs.

Dupe Olusolahas been appointed as the MD/CEO of Transcorp Hotels Plc, effective from March 25, 2020. She is currently the Group Head, Marketing at United Bank for Africa Plc. She has over 21 years of corporate experience including MD/CEO of Teragro Juice Concentrate Plant. She holds a BA in Economics from the University of Leicester and a Masters in Development Economics from the University of Kent. She is a certified Project Manager, with qualifications in PMP and Prince 2. She has received numerous awards and was named by the Ventures Africa’s as one of the 10 Most Influential Nigerian CEOs of 2015.

The Board of Transcorp Hotels Plc has also approved the appointment of Helen Iwuchukwu as an Executive Director/Chief Operating Officer of the company. She is currently the Group Company Secretary of Transcorp Plc. She holds an LL. B. (Hons) degree in Law and was enrolled as a Solicitor and Advocate of the Supreme Court of Nigeria in 1993 (BL Hons) and holds a Master of Laws degree (LL. M.) from Middlesex University Business School, London. Helen is a member of the Nigerian Bar Association, with over 25 years in legal advisory, corporate law, corporate governance, administration, human capital management and government relationship management.

Christopher Ezeafulukwe has been appointed as the MD/CEO of Transcorp Power Plant, Ughelli and was the Executive Director, Business Development & Legal, Transcorp Plc. He has over 21 years’ experience in business development, legal advisory and company secretarial roles. He holds an LL.B from the University of Lagos, a B.L from the Nigerian Law School, an LL.M from the University of Lagos and further LL.M in Energy, Environmental & Natural Resources Law from the University of Houston, Texas. He is a member of the Nigerian Bar Association, the Institute of Chartered Secretaries & Administrators of Nigeria, the Association of International Petroleum Negotiators and was a member of the Executive Council of Association of Power Generation Companies of Nigeria.

The Board of Transcorp Power Ltd has also approved the appointment of Okaima Ohizua as Executive Director/Chief Operating Officer of Transcorp Power Ltd. She is currently Executive Director, Customer Services at Transcorp Hotels Plc. She has over 25 years working experience and has been key to the continued service transformation at Transcorp Hilton Hotel, since joining the Board and Management in 2013. A graduate of law from the University of Benin and the Nigerian Law School, Okaima also holds an Advanced Management Program certificate from the Pan-African University – Lagos Business School.

“These appointments demonstrate our commitment to nurturing talent and rewarding success. We have a deep pool of highly qualified and dedicated employees, who can be challenged with more responsibility in attaining our corporate vision. We remain committed to diversity and inclusion; are delighted by the depth and quality of experience that this leadership team brings to our group. These appointments further indicate our internal succession capacity and strong corporate governance practices”.

Mr. Elumelu thanked Valentine Ozigbo for his achievements as CEO. He highlighted that the Board of Transcorp will continue to implement its defined strategy, which has led its investee companies being leaders in their chosen sectors and has seen significant transformation, since Mr Elumelu’s holding company, Heirs Holdings invested in 2011.

Transnational Corporation of Nigeria Plc (Transcorp) is a publicly quoted conglomerate with a diversified shareholder base of over 300,000 investors. Our portfolio comprises strategic investments in the power, hospitality, agribusiness and oil and gas sectors. Our businesses include Transcorp Hilton Hotel, Abuja; Transcorp Hotels Calabar; Transcorp Power Limited and Transcorp Energy Limited.