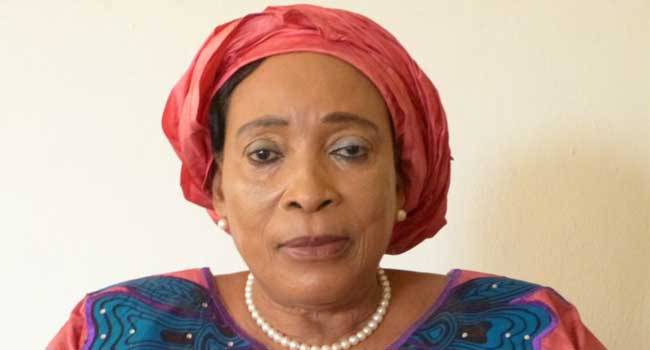 Why did you wait till now to get the custody of your kids?

It is not as if I have not bothered, that is not true. I am a woman and I am a northerner, a full northerner at that. I am from a respectable home. When I started asking for the custody of my kids, I didn’t want it to degenerate to this messy and scandalous path that it eventually took now. I had reached out to my ex’s father twice. I spoke to him like a father, I explained to him how I felt and how I wanted my kids. I didn’t set out to embarrass anybody. I didn’t want my story to be out there.

No way. This is not anything political, I am not like that. It is not because of what they are going through now that made me come out openly to ask for my kids. I have never lived a public life. I am just a normal Maiduguri girl. I am from a humble home.

So why did you allow it to go public?

For it to happen this way, you should know that I have tried all the possible ways to do it in a peaceful way and in a solidarity manner. I am not sure his father will even blame me for taking this route. He knows that I have tried so much to get my kids. I don’t blame his father for everything that has happened.

Who do you blame?

I blame his mother, Titi. She has been behind all these. She never wanted me to see my kids again. She wanted to punish me because I left her son. In fact, her son told me it was his mother who told him not to allow me to see my children. He would always hide whenever I asked to see the children. As a mother, apparently she got hurt because I left her son. I really understand her standpoint. She kept me away from my kids because she is a woman and she knew keeping me away would get to me. Her poor son just followed her and he just ended up messing himself up. Mothers are very strong in every family. Nobody can prevent a mother from seeing her kids. My ex-husband said nobody could fight them. He even said that to me before now. I even felt it was true at that time. Even my family, nobody was behind me in this fight. I fought him alone. But he fought me with his mother. I don’t think his father was with him. When I went to my kids’ school to get them, it was Titi that was even calling the DPO and telling him not to give me my kids and that he should arrest me. She wanted me to go down. She wanted to hurt me.

Didn’t she like you when you were her daughter in-law?

I never fought with her then. But she was never there for me. When I had my kids in Saudi and Dubai, she was never there. Some mothers usually go and stay with their daughters law when they are having babies. She was never there for me. Now, all of a sudden, she wants to come and punish me with my kids. My family does not like what is happening now but I stood my ground and said nobody would take my kids from me. It was just a friend who encouraged me that as a mother, I have every right to ask for my kids even without their money. The kids need to stay with their mother no matter what. I don’t need their money anyway.

Are you saying your kids were not comfortable with their father?

They cannot be uncomfortable with their father but as a mother, I need my kids. I have a girl and she needs a motherly care. My seven-year-old boy was separated from me when he was three. Even in his own school, they told me he needed motherly attention. You could always tell from the look on their faces when you see a boy who misses his mother. He is not as smart as my daughter. He wasn’t with me, he missed me so much. When he sees me now, he tries to get so close to me and he wouldn’t want to let me go.

In all these years, did you make an attempt to see them?

Of course! I normally saw them but under strict condition. I would always beg my ex to allow me see my kids. My daughter would cry and tell him he should allow her to see me. That is only when he would accept. He would give me so many conditions. This last Easter that I saw them, they told me I should beg their dad to give them one more day to be with me. He refused. We begged him but he refused. But we have equal rights to see our children. I have as much rights as he has. He shouldn’t limit the amount of time I spend with my children.

But weren’t you seeing your kids before now?

Whenever I come to see them on holidays, police men will have to be there, even in the car and everywhere. He always claims he’s protecting his kids but that’s a lie; he’s protecting them from me. That’s the same thing he did when he came, he picked the kids for holidays and never returned them. So he’s scared I want to do the same thing.

But did you try to talk to Atiku about this?

I did. He called us; he told us we shouldn’t fight over this. He told his son to allow me have the kids when they are on holiday while he has them when they are in school and I should also have my nanny with them. I didn’t want to fight them at all. I didn’t want it to get this messy. But I couldn’t sit back and allow anybody frustrate me where my kids are concerned.

So why didn’t you go ahead with what Atiku suggested?

No! I kept begging my ex. Some of his family members also agreed he wasn’t doing the right thing for me as the mother of his children. Why would he keep me out of my own children’s lives? He was just being stubborn to his father. Atiku had no hand in all that has happened. I would say Titi was the brains behind all these. Incidentally, nobody is even mentioning her name. She told the nanny not to allow the children talk to me even on the phone! I never knew a woman could do such to a fellow woman. She was very wicked to me. Had it been she told him that he shouldn’t keep me away from the kids even if we are divorced, I think he would have listened to her. Even when she told my ex to get the kids from me, they left the children alone for a long time with just the nanny and the houseboy. It wasn’t as if she cared for the children that she wanted my ex to have custody of them. She just wanted to spite me. I am not a drunk or a mad woman. I have a house; I could take care of my kids. I don’t smoke, I don’t do drugs and I am always in my right senses. But his mother is so bitter about the fact that I left her son. She would say stuff about me in front of my kids. They would come back and tell me. If she sees me, she will just look at me from head to toe and tell me that I am enjoying. I don’t know if she expected that I would suffer if I leave her son’s house. I am from a well to do family. I wasn’t living in a bush before I married Atiku’s son. I don’t see any difference between the life I was living in his house and the life I am living now. It is just that then, I had a husband and now, I don’t have a husband, which is even better for me. 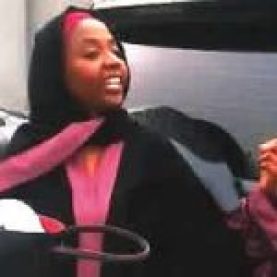 But we learnt you got married again…

That is not true. I attempted to get married but I didn’t. I wouldn’t even know why anybody would say I abandoned my kids. My kids went on holidays at his place when I wasn’t around. When I came back, I called him and asked him when he was returning the kids. If I had abandoned my kids, would I have called him to ask for them? He told me he wasn’t going to release my kids because I was married. I told him I wasn’t married, he insisted. I told him there was no way I would be married and still stay in my father’s house. I insisted I wasn’t married. I told him to return my kids but he said no. Since then, I have been trying to get my kids. At some point, I even thought he would get tired. But he didn’t. He kept trying to frustrate me. I went to catering school in Dubai where I stayed for four months. I came back and asked for my kids yet he refused to release them. My kids don’t even know my parents. Is it fair?

Was your marriage to Atiku’s son arranged?

No. It wasn’t as if anybody connected us. It was a nice wedding. It was normal but it turned out to be like this.

When did things go wrong?

Things went wrong when I left him. If I say I wanted to see the kids, he would tell me to come back home. He got angry because I left. He would always wonder why I left.

So why did you leave?

Didn’t you know him before you got married to him?

Are the kids finally with you now?

They are with me but we have to share their custody. He will not have the sole custody. That was just what I was asking for. I couldn’t stop him from seeing his own kids. They are his as well. So he shouldn’t stop me either. The kids just went to spend the holidays with him and that was it. He didn’t allow me custody again.

But we learnt he accommodated you each time you came to see the children?

That was in his father’s house. Are you saying my family shouldn’t know my kids? It is like slavery. I was always under supervision. There was always a policeman each time I was to see the kids.

Are you scared that you might come to any harm?

I started this fight alone. Everybody told me not to fight them. But I said even if they would kill me, let me die. I said I was ready to die for my right to my kids. God has been there for me. I can’t give all glory to my lawyer or even to me; I would say God just did it.

– Culled from The PUNCH

Director hangs self in Kogi