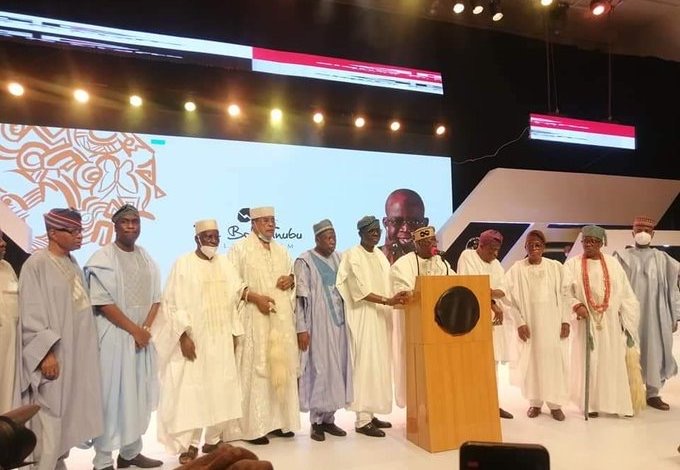 Asiwaju Bola Tinubu has condemned the terror attack on the Abuja-Kaduna bound train yesterday in Kaduna and called for sober reflection on the state of security in the country.

The All Progressives Congress National Leader sympathized with the families of the victims; those that lost their lives and those receiving medical attention in hospitals.

Terrorists attacked the Abuja-Kaduna train Monday night which had over 398 passengers on board.

Describing the terror incident as a ‘national tragedy’, Tinubu said attack by marauders on harmless passengers was evil but Nigeria must overcome.

Guests already seated to listen to the keynote speaker and other Panelists at the BAT 13th Colloquium with the theme, ‘Pivoting Nigeria Into The New Order’ were shocked to hear that the event would no longer continue.

In a mournful tone, Tinubu told his bewildered audience:  “Today is supposed to be a very joyful 70th birthday of mine living on earth. I give thanks to God Almighty for being able to survive to this age…

“I have just been informed of a very sad incident in our country, very sad indeed, that over 60 people and many more were killed and bombed on a train between Kaduna and Abuja just last night. That is a very serious incident about the security of lives in this country and it calls for a very serious sober reflection.

“For me to be here celebrating, dancing and enjoying myself doesn’t show enough concern of a statesman and a senior citizen of this country.

“This event should not be holding. I have consulted with the people you see around me here and they’ve agreed with me and being a very highly committed democrat, I have given myself to their suggestion that they agreed that this event be cancelled.”

The APC leader, alongside hundreds of others at the event, thereafter observed one-minute silence for the lives lost in the spirit of “national tragedy and concern”.

After announcing the cancellation of the event, Tinubu called on the Islamic cleric and the Christian cleric at the event to pray for the repose of the soul of the departed and for comfort for their bereaved family members.