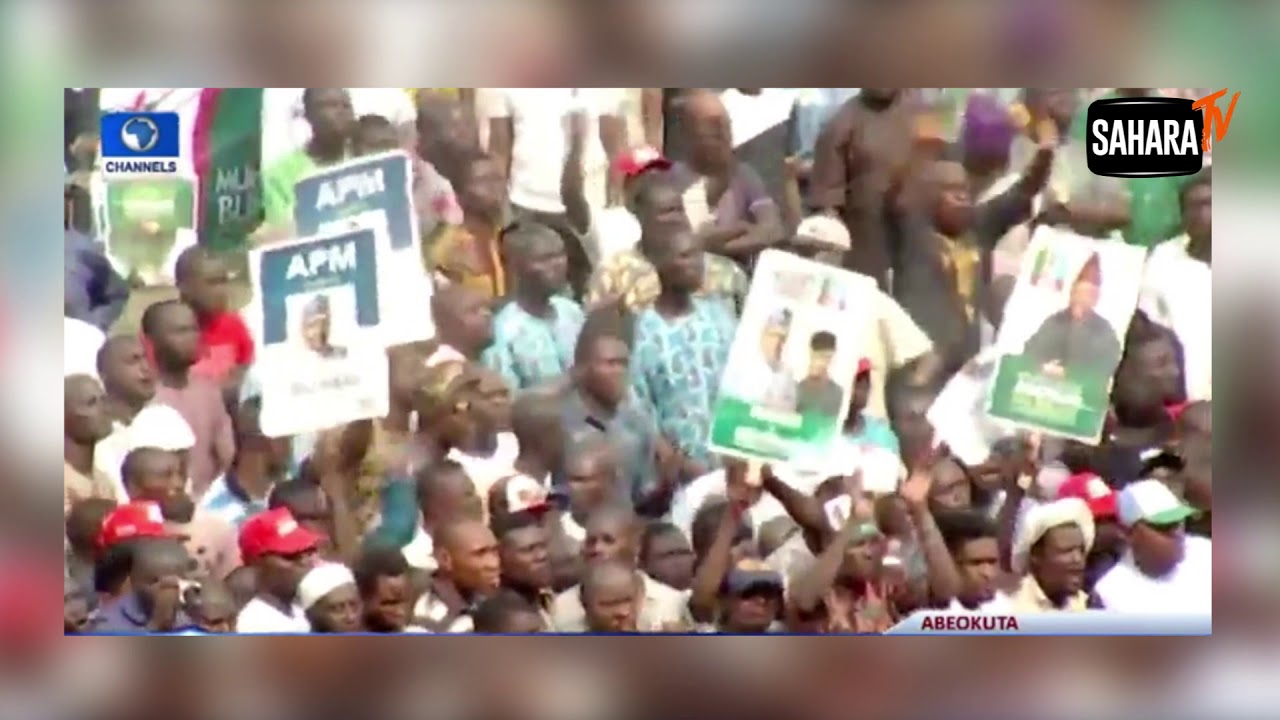 Bola Tinubu, National Leader of the All Progressives Congress (APC), seemed so visibly upset on Monday that he flung his party’s flag to the ground during the presidential rally in Ogun State.

His probable anger was not far-fetched. The rally was threatening to descend into a free-for-all as members of the Allied People’s Movement (APM) took over the campaign rally.

They crowd also hurled various objects at President Muhammadu Buhari, when he attempted to endorse Dapo Abiodun as the party’s governorship candidate in Ogun State.

Adams Oshiomhole, the APC National Chairman, was also not spared as the crowd booed him and Abiodun during the presentation of the party’s flag to the governorship candidate.

Ibikunle Amosun, Governor of Ogun State, has publicly expressed his displeasure with the candidature of Abiodun as the APC candidate in Ogun State, and instead chosen to pitch his tent with Adekunle Akinlade of the APM.

On Monday, after Oshiomhole endorsed Abiodun’s candidature, the crowd went into a frenzy and hurled various objects at the stage.

During the fracas, as Oshiomhole walked towards Tinubu, probably as part of efforts to regain control, Tinubu, who seemed very angry, and did not speak at the event, was seen flinging the party’s flag (time 1:25 in the video) to the ground.

It was, however, not clear what he was aiming the flag at, as Oshiomhole simply walked past.

The rally ended abruptly as security operatives led the party leaders off the stage.