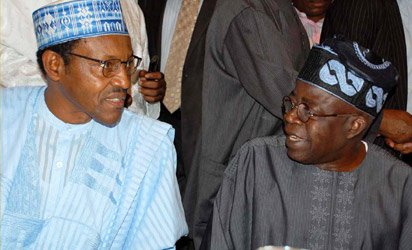 If you think I have focused on Asiwaju Tinubu recently because I don’t like him, then you have another thinking coming.

My updates have focused on him of recent because if he does the right things it will help Nigeria in many ways.
In Yorubaland if a kid is getting too troublesome or you needed to keep him busy or get rid of him around the house, you will call him and say “Kunle, lo si odo Mama Funke, so wipe mo ni ko lo gba arodan wa, sare lo” (Kunle go to Mama Funke, tell her I say you should collect arodan for me, go quickly)

Asking you to go and collect Arodan is a coded message for mission impossible. All grown ups know what it means. When a kid shows up at your door asking to collect Arodan on behalf of his parents, you already know he is there to serve a punishment.

So, you will ask him to wait, that you are coming. You will keep checking on him and keep telling him that you are still looking for it. After keeping him there for about one hour, you will apologize to him, that it looks like Mama Emeka has come to take it, then send him to Mama Emeka’s house to collect it.
Mama Emeka will repeat the same process and send him to Mama Bolanle. By the time he would have made a tour of five houses, spending a minimum of 1 hour in each of the houses, he would have become tired, frustrated and worn out. He will go back to his Mom, simply eat his lunch or dinner and go to sleep.

Buhari just recently sent Tinubu on Arodan mission. He and his cabals recruited many enemies for him within and outside his base through all kinds of shenanigans, maneuvering and subterfuge.

After watching these folks toss him around for almost three years, Buhari now turns around and asked him to go and reconcile them. A kind of let’s keep him busy on a mission impossible while we strategize towards 2019. I will be surprised if he didn’t see that.

They raised enemies within and without against him. Kogi went to Bello basically because of him. Some of his erstwhile followers were snatched from him with “juicy” appointments without consulting him. The party leadership he helped to build turned against him, Oyegun, Saraki & co., his influence was deliberately whittled down. The President now turned around and asked him to be the Reconciler-in-Chief of the people he turned against him.

The number one question he should ask himself right now is if he wants to be seen as a Yoruba leader or not. To be a genuine leader of Yoruba rather than using them for personal political advantage when convenient or rent-seeking. Buhari is not pretending about being a Fulani leader, why him?
He should transit from this merchantilist politics phase to legacy building, he has acquired enough.

This is best thing for him to do at this point and the best way to do this is to start championing the cause of his people because he is uniquely positioned to do it especially with the emerging dynamics in the polity.

If he can get the SW solidly behind him, based on ideology rather than baiting a few long throats with appointments, it is better for him because they will fear him more. If he acquires loyalty through posts sharing, the FG can afford to share more and erode his base. Ask Fashola and Fayemi.
If you think you love Tinubu because you are still grabbing those crumbs falling off his table, no, you don’t, if you can’t tell him the truth.

Right now, his politics has no ideology, it is all just about power grabbing, at this stage of his life, it should be bigger than that. One of the major reasons Buhari eventually made it to presidency despite the conspiracy of the Northern elites is that some Northern grassroots folks realized that he stands for their interest. No matter how primordial.

Championing the cause of his people will give him fulfillment and a rest of mind. He should look 10 to 15 years down the road, upon all the opportunities that God gave to him, what will we able to point to as his legacy to the Yoruba folks?

Election year will not slow down governance in Nigeria