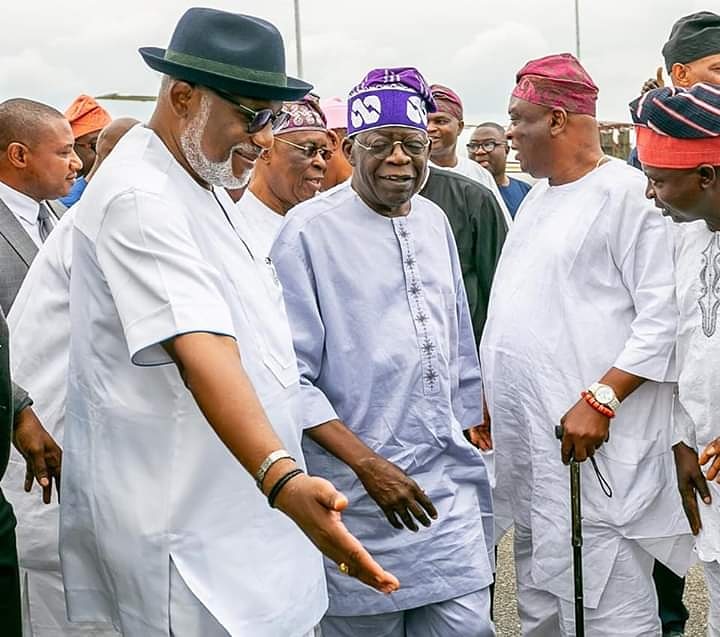 Leaders of the All Progressives Congress (APC) in the Southwest were in Akure, the Ondo State capital yesterday to reconcile the party’s feuding members.

They met with Governor Oluwarotimi Akredolu and other critical stakeholders of the local APC at the Heritage Hotel.

The meeting was at the instance of the host governor, it was learnt.

Akeredolu, it was learnt, will be seeking the APC ticket for a second term after the expiration of his four-year tenure next year. The governor has not made his ambition public.

My government is not ‘come and chop’ – Governor Umahi