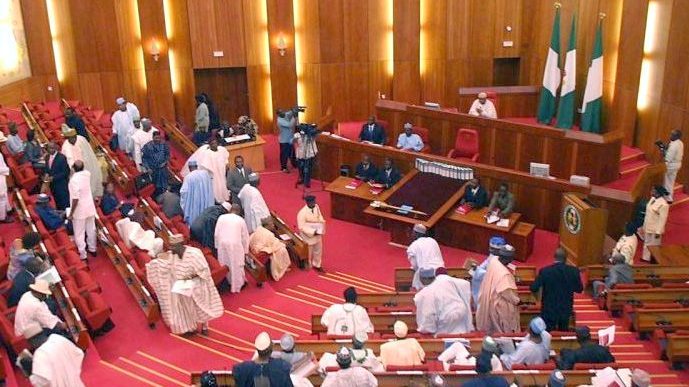 The Inspector General of Police, Ibrahim Idris, Wednesday, snubbed the Senate after failing to appear before the chambers as expected.

This is the third time the IGP failed to appear before the Senate, after invitation was extended to him to brief the red chambers on the spate of killings across the states.

He was expected to explain to the lawmakers the alleged manhandling of senator Dino Melaye by operatives of the Special anti-Robbery Squad (SARS) in whose custody Dino Melaye has been detained in the last two weeks.

Senate leader, Ahmed Lawan moved a motion ,stating that the IGP be allowed to face Committee of the whole. He said: “That the Senate do receive the Inspector General of Police to brief this distinguished Senate on the spate of killings across the country and inhuman treatment of Senator Dino.”

After 10 minutes of dead silence in wait for the IGP, the Senate President, Bukola Saraki announced that he was unavailable.

“Distinguished Colleagues, I have just been told that the IGP was neither available nor any of his representatives.”

Misau recalled how he made about 13 allegations against the IGP which were true, noting that he has embarrassed President Buhari.

“Today, Mr. President, what the IG is doing is not against the parliament, but against President Buhari and there is nowhere in the world where an appointee cannot be summoned to face the parliament.”

Fayemi walks out of meeting with Tinubu, snubs reporters