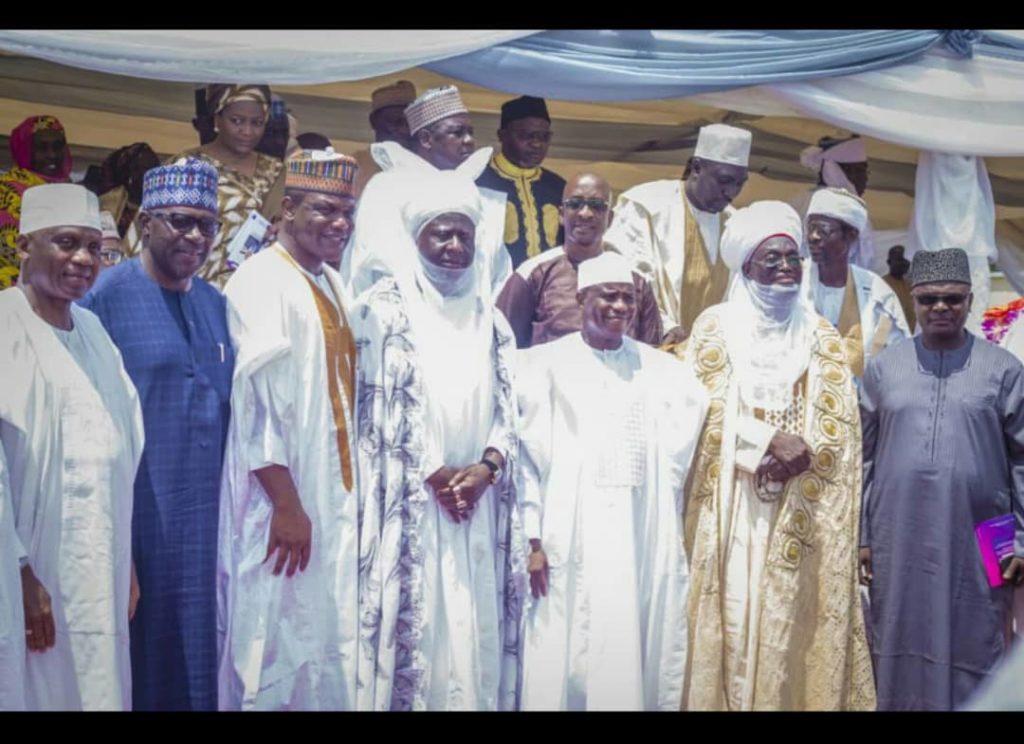 It was a 2-day programme to mark the 20th Graduation day of the El Amin International Schools, Minna. Undoubtedly, the school founded by the late First lady, Maryam Babangida has not only outlived her but has continued to grow in leaps and bounds.

The first event, for parents was the pre-graduation dinner party which was  well attended. Then came the graduation day proper.  His, Excellency the Governor of Sokoto State, Aminu Tambuwal was the Guest of honour at the event and chief launcher of the school’s KS 2019 magazine .

In attendance, were royal fathers from around the state, notable amongst them were the Emir of Minna and Emir of Agaie. It didn’t stop there. Members of the Federal House of Representatives, Commissioners, parents, guests and well wishers also came around. It was indeed a very colourful event.

The event was much as an epoch as it marked the 20th Graduation ceremony of students from the school as it was also important  in the life of the 47 young boys and girls who graduated.

Major highlights were the presentation of certificates to the graduates by the Governor of Sokoto State Aminu Tambuwal, the overall best student award which went to Zainab Malabu for being the best student in 7 major subjects. She got cash awards , a macbook laptop and a tablet courtesy of the Executive director. Earlier, in his Graduation Day Speech, the Executive Director of the Schools, Dr Muhammad Babangida , ‘This will be the tenth time we are gathering for an event like this following the demise of our visionary leader and founder of EL-Amin International Schools, the Late Dr. [Mrs.] Maryam Babangida, May Allah grant her Eternal rest in Aljanatu Firdaus.

Speaking further, he revealed that ‘when she established her schools in Minna and Abuja, over 24 years ago, one of her abiding vision was to provide quality education in an enabling and inspiring environment. While she lived this was being achieved; but now that she has gone the way of all mortals, the question has become, “Is her vision still on track ? I could answer that question with figures but I would rather mention it as I know best.’ According to him, the parents  and friends of the school are still here and their number are growing. Moreover, ‘there is an increased confluence of determination and enthusiasm to keep the founders flame burning. And the truth is that her Legacy is being sustained and enhanced and God willing by September 2019, El-Amin secondary school will be celebrating 25 years of purposeful Leadership and excellence in the Education Sector’.

Speaking further Dr Babangida revealed that ‘at El-Amin, we believe in inquiry-based learning. Students are challenged to go beyond the accumulation of factual knowledge and to address the greater questions that frame our world. We celebrate creativity and originality as vital qualities that equip individuals to reach new horizons of knowledge, appreciation and understanding. Students who leave EL-Amin are typically confident, gregarious, dynamic, entrepreneurial, and empathetic. They try new things; they ask probing questions; they dare.

This, according to him has helped in sustaining the big legacy the management inherited from founder