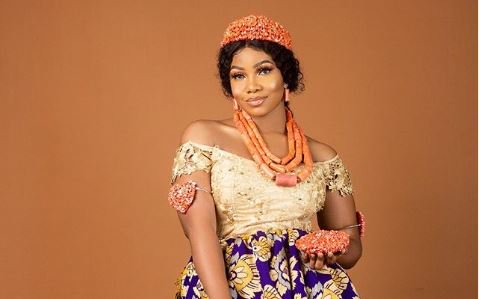 The Port Harcout-based controversial TV star took to her Instagram page to disclose that she is now signed under ‘BillzVizion’, a label owned by TeeBillz, former husband of Tiwa Savage, Afrobeats vocalist.

Prior to the announcement, Tacha had deleted all the photos from her handle.

The 23-year-old Instagram sensation, who was unarguably the most controversial housemate in this year’s season of the show, got involved in a confrontation with Mercy Eke — a situation that led to her disqualification from the house while the latter would later emerge winner of the year’s BBNaija.

Following the controversy that met her disqualification, Billz had promised to turn her into a big brand out of Africa. He had also described her as the Kim Kardashian of Africa and requested to be her manager.

Kanye West confirms he has converted to Christianity during Washington D.C. listening party for new album: ‘I recently got saved within this year’