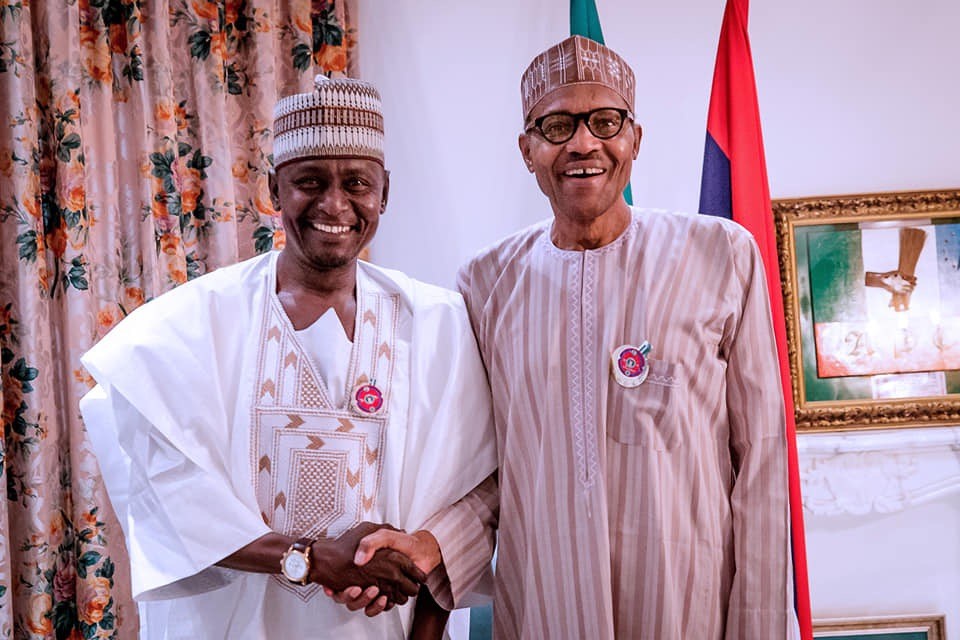 Babayo Gamawa, the former deputy national chairman of the People’s Democratic Party, who defected to the All Progressives Congress Tuesday after he was suspended by the PDP, is accused by the Economic and Financial Crimes Commission (EFCC) of a N500 million fraud.

Mr Gamawa is standing trial alongside five chieftains of the PDP in Bauchi State for alleged receipt of illicit N500 million for the 2015 campaigns of the party.

The money, according to the anticorruption agency, the EFCC, was part of the slush funds allegedly deployed for the elections by ex-petroleum minister, Diezani Allison-Madueke.

The commission charged Mr Gamawa and other accused persons before a federal high court in Bauchi, in June, 2018.

The corruption case against him, notwithstanding, he was welcomed with open arms by the APC, hours after he was suspended for alleged anti-party activities by the PDP.

The politician was led to the president by Bauchi State governor, Mohammed Abubakar, and was joined by another defector, Kaulaha Aliyu, a member of the PDP’s Board of Trustees.

A spokesperson for Mr Buhari, Femi Adesina, shared pictures of his boss and Mr Gamawa late on Tuesday, describing the latter as a “new entrant into APC”.

Accused of fiddling with the ruling party and dereliction of duties, Mr Gamawa’s former party announced his suspension Tuesday morning.

He said the committee held an extraordinary session on January 5, where it reviewed the petition against the deputy national chairman.

“The NWC found merit in the petition on allegation of dereliction of duty and anti-party activity as contained in Section 58 (1) e, f, g, h of the PDP Constitution.

“Therefore, in exercise of section 29 (2) a, b and c, the NWC hereby invokes Section 59 (1) d of the constitution of the PDP on the Deputy National Chairman (North) and accordingly suspends him from the party immediately.”

I don’t fear Police IG Idris, I will act on his ‘retirement’ — Buhari