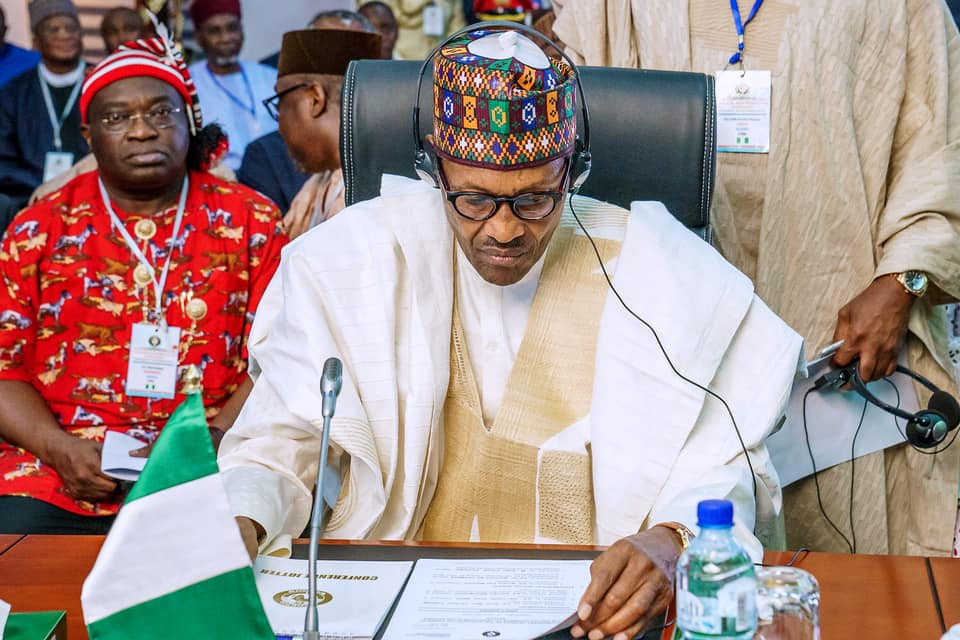 A member of the All Progressives Congress (APC), Charles Enya, who filed a suit seeking a constitutional amendment to allow President Muhammadu Buhari and state governors to seek third terms in office, has withdrawn the matter.

He said the withdrawal was to allow for further consultations.

In suit no. FHC/AI/CS/90/19, Mr Enya had approached the Federal High Court in Abakiliki seeking for the amendment of section 137(1) (b) and 182 (1) (b) of the Nigerian constitution to allow for a third term in office for the President and the state governors.

Mr Enya had argued that the aforementioned sections were infringing on the fundamental human rights of President Buhari and the governors ”who might wish to seek for a third term in office”.

The suit which was filed on November 20 came up for hearing on Wednesday, but counsel to the applicant, Iheanachor Agboti, applied for withdrawal.

Mr Agboti told the court he was withdrawing the suit on the instruction of his client.

“I have the instruction of my client to withdraw the suit so as to allow further consultation,” he told the court.

“Upon the application of the learned counsel for the applicant for the withdrawal of this suit, I say may the case be struck out,” Mr Aluko ruled.

The suit had received criticisms from different quarters, including from the ruling APC, which dissociated itself from the action.

The National Publicity Secretary of APC, Lanre Issa-Onilu, in a press statement threatened legal action against Mr Enya, as well as “serious disciplinary action if truly he was a member of the party”.

Mr Buhari recently told Nigerians he would not be seeking a third term in office.