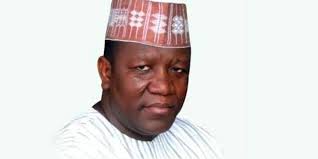 Senate President, Bukola Saraki has warned Senator Kabiru Marafa from Zamfara State to stop using the Senate as a platform for accusations.

Saraki gave the warning on Tuesday while responding to a Point of Order raised by Marafa.

Marafa, who is currently having running battles with his State Governor, Abdulaziz Yari had tried to accuse an aide to the governor of being responsible for atrocities in the state.

Reacting to Marafa’s move, the Senate President said the Zamafara lawmaker must not use the platform for settling personal grievances.

Saraki said: “Distinguished Senator Marafa, with all due respect, I have tried to always accommodate you for these issues and I think we must not abuse these issues with your personal explanation.

“I am sure everyone here has issues to do with their state, I think you should summarise that but now you are going into details where people are being accused.

“So what I appeal is that you should give us the summary of this issue and let us try and keep within those confines.

“I am happy that the leader of the Senate who is the chairman of the security ad hoc committee is here. It is a pity that considering how strongly you felt about this matter, I noticed your absence at the security conference yesterday where your governor was present.

“It would have been a good opportunity for us to address this. Be that as it may, leader [addressing the Senate Leader Ahmed Lawan], please take note of these issues because I know that you can invite these security agencies and look into the matter.”

No Cause For Alarm: Chrisland School Assures Parents Over Child Rape Scandal