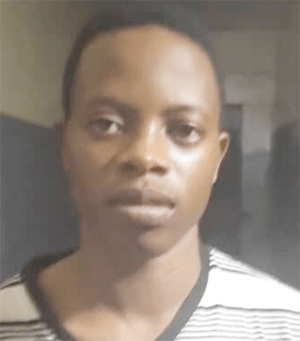 The spokesperson for the Nigerian Prisons Service, Lagos Command, Rotimi Oladokun, however, told a PUNCH correspondent that the suspect was alive.

“I have confirmed that he is in the prison and he is doing fine. There is nothing wrong with him,” Mr Oladokun was quoted as saying on the telephone.

The Togolese cook allegedly killed Badamosi on October 31, a few days after arriving in his house at Parkview Estate, Ikoyi.

Upon his arrest in Ondo State, where he allegedly fled to after the incident, the 22-year-old was charged with one count of murder before an Igbosere Magistrate’s Court.

The case, which came up on November 12, 2018, was adjourned till December 18 pending legal advice from the Directorate of Public Prosecutions