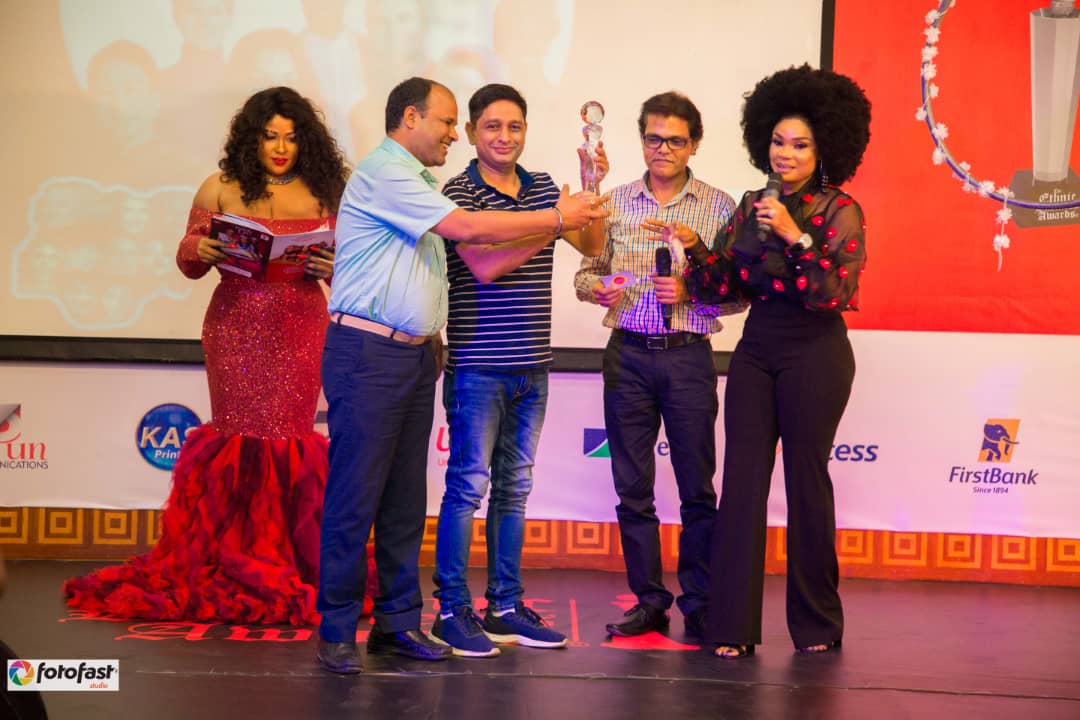 The much talked-about awards event which celebrates and honour Nigeria’s Diaspora foreigners must have come and gone, but the memories will sure linger for a while. The colourful event which held at the prestigious Oriental hotel Lagos on St. Valentine’s day, February 14th, 2020 was well attended by revered members of the international community and Nigerian celebrities.

The debut edition of the laudable awards’ project had the duo of super broadcaster and FreeTheSheeple campaigner, Daddy Freeze and Ghanaian actress, Ella Mensah as compere.

The award project honour foreign businesses and personalities in different categories which include Auto Company of The Year won by Kia Motors; the award, according to the organizers was given in recognition of the brands’ impressive track records on Nigerian Roads.

The Indian Community in Nigeria is the Ethnic Group of The Year for having demonstrated peace and unity amongst other communities and one of Nigeria’s longstanding energy drink, PowerHorse won the CSR Brand of The Year in recognition of its support and corporate social responsibility. The Ethnic Product of The Year which goes to a particular product’s popularity and outstanding performance in the Nigerian market was given to Always from the stable of Procter & Gamble.

In the Ethnic Beauty Product of The Year category, a beauty soap manufactured by Givanas Industry, Ivory Beauty soap walked tall for its brand’s relevance and market-leading status while an employment solution firm, Iota-Group was presented with Employment Friendly Ethnic Firm of The Year for its outstanding achievements to raising employment standards in Nigerian Labour Markets.

And in the entertainment category, gorgeous actress of Ghannaian descent, Ella Mensah who doubled as the event’s hostess won the Cross Over-Actress of The Year and her Ghanaian male counterpart, talented Mawuli Gavor is the Cross-Over Actor of 2019/20.

Other interesting categories are the Ethnic Telecommunication Company Of The Year which was won by Airtel and the Ethnic Revelation Award which was presented to a Gambian-Malawian bunch of talent, Lilian Azizi in recognition of her promising talent In the Nigerian entertainment terrain.

The peak of the event was the presentation of the Ethnic Man and Ethnic Woman of The Year awards, special and biggest categories that were won by Art-House Contemporary CEO, Kavita Chellaram and Jean Philippe-Bolot in recognition of their residency and outstanding contributions to the Nigerian society at large.