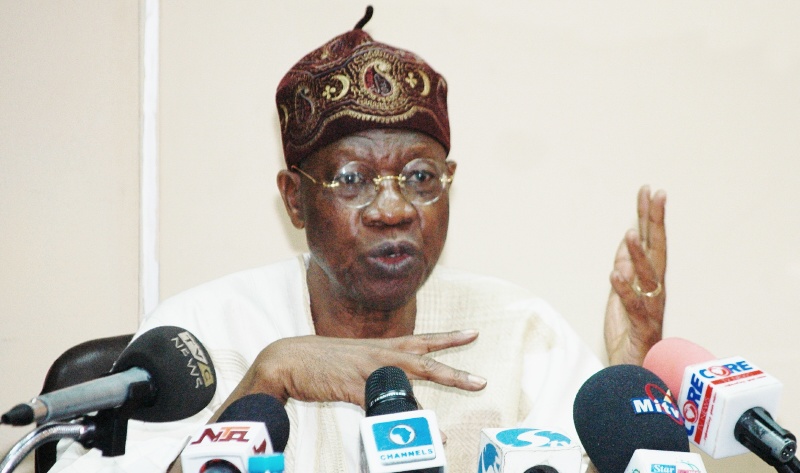 The Federal Government has advised the social media to set up code of conduct to regulate their activities in order not to lose credibility as a platform.

The Minister of Information and Culture, Alhaji Lai Mohammed, gave the advice on Friday night when he declared Social Media Week closed in Lagos.

`Social media itself must understand that power without control is destructive. I think the social media needs to set up code of conduct.

`The power of social media is something that cannot be ignored but unfortunately today it has become a big destructive. Families, marriages have been destroyed just for the fun of it.

`Therefore, I advise the social media that for them to be credible you must be self regulated, but this government will not pass law to regulate you,” Mohammed said.

The minister said the federal government was prepared to diversify the economy through creative industry, and culture and tourism sector.

He said the provision of infrastructure such as power, road, rail system, security and other amenities was critical to the promotion of culture and tourism in the country.

“You cannot promote culture and tourism without fixing infrastructure,” the minister stressed.

Mohammed commended the Lagos State Government for providing infrastructure that aided the tourism attraction in the state.

He said by the time the blue rail line project was completed in December, it would enhance the promotion of culture and tourism in the state.

The minister said the Federal Ministries of Foreign Affairs and Internal Affairs had a role to play to make passport and visa more friendly and accessible to promote culture and tourism in the country.

`The promotion of culture and tourism is a collective role of every ministry especially the Ministry of Foreign Affairs and the Ministry of Internal Affairs,’’ he said. (NAN)

Girl who BLEEDS from her EYES, EARS and MOUTH describes misery of horrifying condition which leaves her housebound

Another witness reveals how NIMASA paid him N29m for no contract