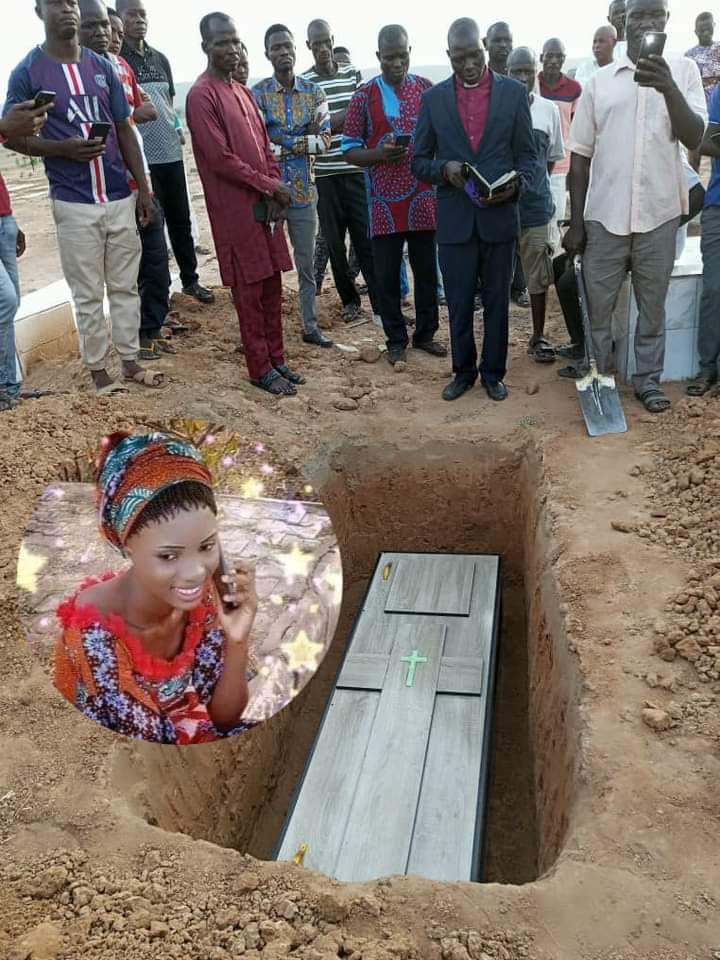 The remains of Deborah Samuel, a 200-level female student of Shehu Shagari College of Education Sokoto, burnt to death last Thursday over alleged blasphemy, have been laid to rest.
She was buried in her hometown,Tunga Magajiya, in Rijau local government area of Niger State, on Saturday evening.
Deborah was buried around 6:30pm at the Christian cemetery in Tunga Magaiya.
Her family remained adamant on proceeding with the exercise despite protest by youths of Tunga Magaiya who felt Sokoto Government should have been responsible for her burial.
Her uncle, who is the Pastor of ECWA in Tunga Magajiya, Emmanuel Maaji, led the prayers at the cemetery before she was lowered to mother earth.