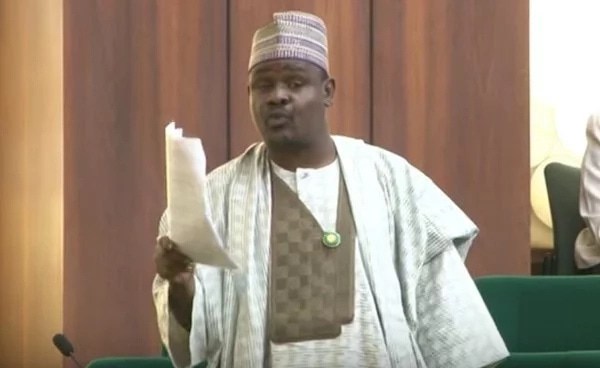 At a time the world is clamouring for equal opportunities for men and women, a Nigerian lawmaker has warned against giving women ‘too much opportunity.’

The member of the House of Representatives, Muhammed Kazaure, therefore, warned Nigerian men against being ‘overthrown’ by women.

Ironically, Mr. Kazaure’s comments was his own way of marking the International Women’s Day.

Speaking in commemoration of the 2018 Women’s Day at the House on Wednesday, Mr. Kazaure said women should be empowered but not on the same level with men.

The lawmaker said women already have enormous power over men, of which giving them more will condemn the men to the back seat.

He made reference to the fact that he would have to ‘rush down to Kano’ should his wife call him to come home at that moment.

He said women will ‘overthrow’ men if such power is given to them in the public domain.

“That is what I fear because most of the women are very intelligent because you can see a chief, a big man controlled by his wife. That is what I observe.

“Majority of the big people if you need something from them don’t go directly, go to the wife you will easily get what you want. So, if you give them more chance, one day they will overthrow us.”

Mr. Kazaure posited that giving too much empowerment and enlightenment to women will place the men at a disadvantage in the political setting.

He also warned of the consequences of handing too much power and opportunity to the women.

“I was voted, I came here with almost 60 to 70 per cent of my votes from women. So, if women understand this thing well well they will vote us out.

“If women becomes 70 to 80 percent in this chamber they will mess up,” he said. We are the one controlling them that is why God say they should come under us. We will marry them, they will serve under us. God knows what is there with them. He knows everything with them that is why he said let them stay under our control.”