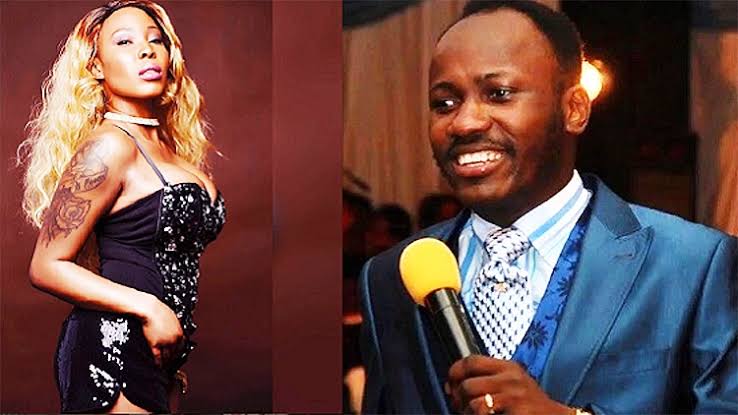 Nigerian singer, Stephanie Otobo, who accused Apostle Johnson Suleman of the Omega Fire Ministry Worldwide, of having sex with her, has now alleged that the cleric is trying to poison and  kill her.

Otobo in a series of tweets on Monday, the singer shared alleged photos of their video chat. She also shared a picture showing a penis which she claimed belonged to  Suleman.  “Oracle of God, can you deny this? Your fingernail and the scar on your left thigh?

“If these screenshots were fake, how did I get his pictures that aren’t public pictures in the first place and how come I’m the first to release this kind of pics of him?

“He has changed his hairstyle twice since I came out to speak up with receipts. He has done alot to appear different.

“He did everything to stop my music career. He was scared that I’ll be influential.

“He even poisoned me, paid my friends to set me up and bribed some members of my fam to assassinate me. Lured me to come to make a false confession at his church in Auchi that I lied against him.”