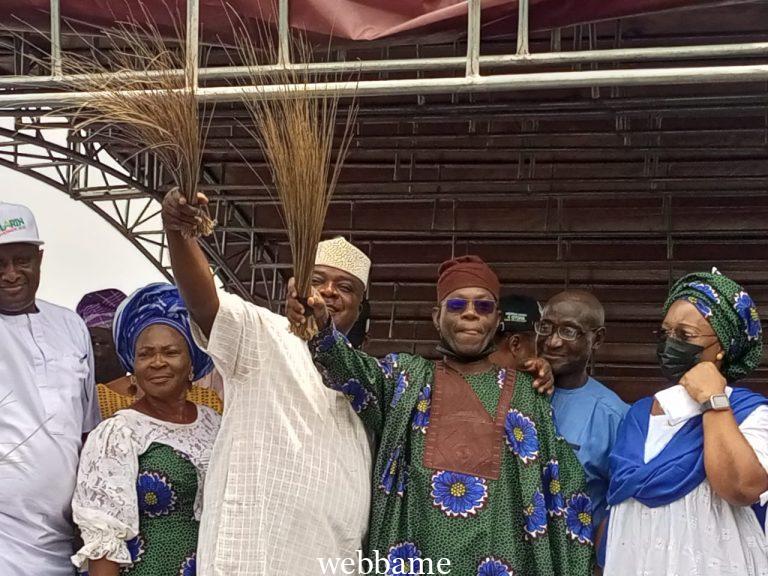 Thousands of All progressive Congress (APC) stormed the Oke Ado , Ibadan secretariat of the party where Senator representing Oyo Central senatorial district , Senator Teslim Kolawole Folarin Formally declared his intention to  contest for the governorship position of the pacesetters state .

As early as eight o’clock in the morning, supporters of Senator Folarin took to the streets in preparation for the official declaration of the distinguished senator.

Senator Teslim Folarin while speaking at the event urged members of the APC to ensure they obtain  their voter’s card so as to be able to take over the government from the incumbent,Seyi Makinde come 2023.

Speaking at the event, the APC chairman in Oyo State, Hon. Isaac Ajiboye Omodewu commended members of the party for their loyalty in the last three years that the party has been out of office and urged them to work greatly to ensure victory for the party in the next general elections.

At the event , the People’s Democratic Party (PDP) also lost one of its serving senators , Senator Kola Balogun to the APC which resulted in the PDP not having any representative in the upper chamber of the National Assembly.

The senator was received at the APC secretariat by the party chairman, Hon Isaac Omodewu, the entire State Working Committee and some notable leaders of the party. 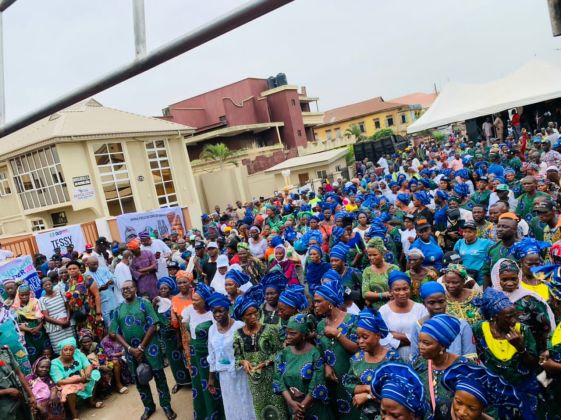 Oyo APC chairman, Hon Isaac Omodewu while welcoming the APC supporters expressed his gratitude to God and thanked them for staying in the party in the last three years, He said he was glad that the APC is waxing stronger and better in Oyo State.

He noted that it was true the party had lots of differences in the past and thank God that the crisis had been put behind and that the party is ready to challenge the present governor of the state, Engr. Seyi Makinde.

“Yes, we have misunderstandings within ourselves in the APC but we have resolved the issues, we are united and by the grace of God our unity will bring victory in the next general elections ”

Others who spoke at the event, were Hons Yemi Aderibigbe and Demola Omotosho who  declared separately that Governor Makinde will be defeated in the next general election