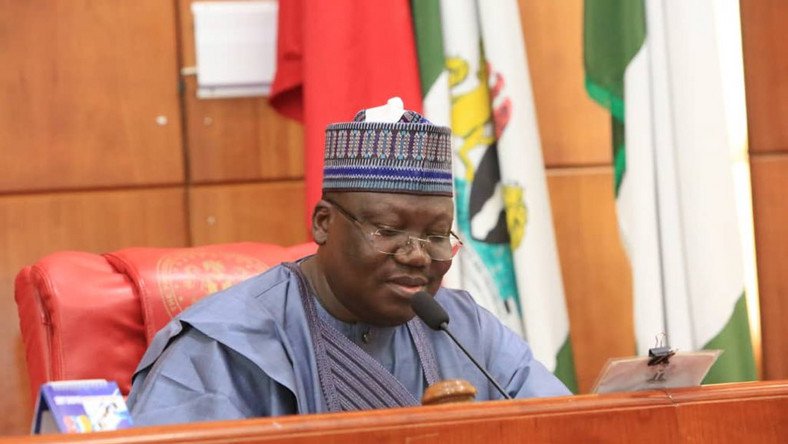 Senate President Ahmad Lawan has congratulated the All Progressives Congress (APC) and its candidates on their victory in the governorship elections in Kogi and Bayelsa states.

The APC also won in Bayelsa State with its candidate, David Lyon, recording 352,552 votes while his PDP opponent garnered 143,172 votes.

Observers reported widespread cases of voters inducement and violence in the two elections.

Mr Lawan praised voters who defied all odds to cast their votes. He said this is an indication that Nigerians have endorsed democracy as their preferred system of government

He also commended President Muhammadu Buhari “for ensuring a level playing field that enabled the people to assert their sovereignty and choose their leaders.”

Mr Lawan enjoined winners of the elections to be magnanimous in victory while also urging INEC to “learn from the challenges experienced in the two states with a view to constantly improving its institutional performance and the electoral process.”

He praised security operatives “for their sacrifices for peace and order in the face of great difficulties” and also implore them to “ensure thorough prosecution of electoral offenders in the two states to serve as a deterrence to others.”

On his part, the deputy Senate president, Ovie Omo-Agege, through his spokesperson, Yomi Odunuga, commended the state and national leadership of the All Progressives Congress (APC).

He said the victories in Kogi and Bayelsa show that the party’s success at the last general election was not a fluke.

“With this development and the actualisation of the Next Level Agenda of the APC-led administration, it is certain that our party will clinch more states in the South-South geo-political zone in future elections.

“Like I have always said, it is possible for the APC to rule in the South-South beyond Edo State. And I have been proven right with the final results from Bayelsa State.

“This goes to show that with determination and tenacity of purpose, we can overcome what seems insurmountable.”

He, therefore, thanked the people of the states for trusting the party with mandates, assuring that they will not be disappointed.

He tasked winners of the elections to deliver the dividends of democracy to the electorate while also advising “aggrieved contestants to seek redress in court rather than resort to violence.”