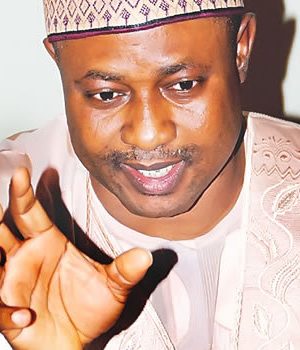 The Chairman, Senate Committee on Banking, Insurance and other Financial Institutions, Senator Uba Sani, on Friday said the committee had resolved to join hands with the Asset Management Corporation of Nigeria, AMCON to push for the recovery of N5tn debt owed by high-profile Nigerians.

The lawmaker, in a signed statement made available to journalists on Friday, said the decision was part of the outcome of the retreat organised by AMCON for the committee in Kaduna, the Kaduna State capital.

He expressed concern over AMCON’s debt profile, noting that the committee would collaborate with other agencies to ensure the recovery of the debt from defaulters.

The lawmaker representing Kaduna Central at the Senate described as troubling and unacceptable that after spending N4tn to take over non-performing loans of banks, AMCON had only realised N800bn.

He also said part of the steps to be taken by the committee towards a successful debt recovery was to engage with the executive, judiciary and civil society to fashion out a workable strategy for fast-tracking the process.

According to Sani, other steps to take include “inviting the founding fathers of AMCON to rub minds with our committee on the rationale for committing such incredible amount of resources to debts incurred by Nigerians who have shown scant regard for the majority of their countrymen and women and are not committed to the growth and development of our economy.”

Hameed Ali threatens Customs officers, says ‘if you live above your earnings, I will sack you’

I Am Ready To Prove My Innocence In US Courts –Onyema