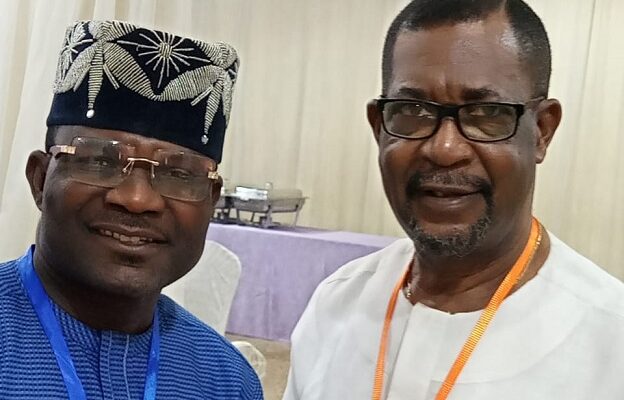 The Social Democratic Party (SDP), has expressed deep sorrow over the tragic attack carried out on Monday March 2022, by terrorists, on a Kaduna-bound train with 970 persengers, and which resulted in a number of deaths and several injuries.

These deaths are considered as yet, another heart-breaking wastage and depletion of Nigeria’s human assets.

The unfortunate incident, which is a national calamity, has further butreesed the fact that the country is undeniably under intense siege, by terrorists, and that we are in a calamitous situation with no any ray of hope in sight that this present administration has any demonstrable capacity to pull the country away from.

It is so sad that this terrorist attack happened in less than 24 hours after the convergence in Abuja by the ruling party for its national convention, and less than 12 hours after the Nigerian Minister of Information and Culture, Lai Mohammed made the unpatriotic assertion that the country has been made very safe by the administration of President Buhari!

The security embarrassment and national loss brought about by this unfortunate development of the train attack, is made even more devastating and dispiriting on our psyche by the inexplicable silence of the federal government to speak on the incident to assure Nigerians on the State of the nation’s security architecture, and to condole with the families of our unlucky compatriots who fell victims of the dastardly act by the enemies of the Nigerian state.

The SDP condemns the sad incidence of the terrorist attack, and calls on the the government to as matter or neccesity, rise up to the occasion and secure the country and all the citizens.

The party enjoins the presidency not to lose focus of the task of governance on its shoulders, particularly the core responsibility of securing lives and property of the citizens, and for the APC government to de-emphasize their on-going undue attention that has been completely fixed on how to win the next election.

Nigerians are gravely troubled, and the times are perilous for them; they need some tangible assurances from those entrusted with the responsibility of presiding over our national affairs and to make live meaningful.

There is no gainsaying that this administration, although in it’s twilight, as a matter of duty, has to scale up the capacity of our military forces by way of intelligence gathering and right technical and tactical prowess to get the job done and secure the nation.

The SDP which is the only national political party that is seriously and manifestly getting primed as the credible alternative to redeem the nation from its current social and economic woes, shares in the pains of the families of our dead compatriots, and prays for the repose of their souls.

The party enjoins and Nigerians to keep the faith in the rebirth of the country, and assures that the SDP is coming with a refreshing hope of national restoration, deo volente.