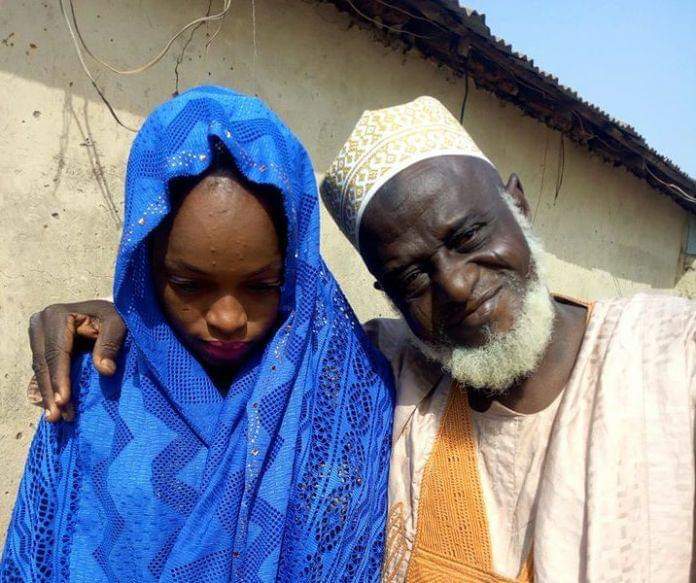 A man in Niger State, Yakubu Chanji, has tied the knot with a teenager, said to be 15-year-old.

Mr Chanji is in his early 70s. It was gathered that the wedding Fatiha took place on Tuesday in Lapai, Niger State, with family and friends in attendance.

Mr Chanji, also known as Nafsi-Nafsi in Minna city, earned the sobriquet “Chanji” for his frequent divorces and replacement of wives.

Read what one of his Friends have to say about him.
We call him Chanji because he regularly ‘changes’ wives. In my knowledge, he married at least 12 times, but other people say it could be up to 20 times.

“What we know is that he always keeps four wives in his house. Once he divorces one, or one of them dies, he immediately picks a replacement,” said a source who preferred not to be named.