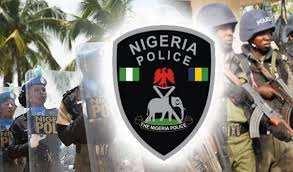 There is outrage in some quarters over the dismissal of Omolola Olajide, a female Constable, from the Nigeria Police Force, NPF. She was sacked for being pregnant, unmarried, and within one year of her enlistment.

I don’t share in the outrage. The NPF is right. Olajide deserved her sack letter. Nobody should be emotional over a fate she brought upon herself.

Until her sack, Olajide was serving at the Iye Ekiti Police Division, Ekiti State, a State which First Lady, Bisi Fayemi, is a feminist and a gender specialist.

The Police say Olajide broke one of the rules guiding her enlistment. Unmarried, she dared get pregnant. Relying on section 127 of the Police Regulation, she was dismissed from Service. That section recommends punishment for the ‘sin’ Olajide committed.

Section 126 of the Police Regulation states that: “A married Police Woman who is pregnant may be granted maternity leave, while section 127 said an unmarried police woman who becomes pregnant shall be discharged from the Force and shall not be enlisted except with the approval of the IGP.” She was caught by Section 127.

Since her sack, reactions have been coming like claps of thunder. Not a few people are outraged over her dismissal. Dr Joe Okei-Odumakin, President, Women Arise, dubbed her sack discriminatory. She asked the Inspector General of Police, IGP Mohammed Adamu, to, also, sack all the unmarried male officers who impregnated their girlfriends. Others said the ex-Constable’s right of choice has been infringed upon. One person asked: “What if she decides to have all her kids out of wedlock? Another asked: “What if no man comes along to ask her hand in marriage? Will she force herself on a man”, or remain childless? All correct!

But the Police in the state has stood its ground. They are quoting Police rules and regulations.The PRO of the State Command, funny guy, said “It is embarrassing that an unmarried Policewoman got pregnant!

“Embarrassing? I disagree. It was a choice she deliberately made.

I find Okei-Odumakin’s reaction the most amusing.

She asked the IGP to line-up his bachelor-officers who made women pregnant and sack them. Where’s the proof? Men are lucky. They eat, clean their mouths, and look prim and proper.. Women have no such luck. All the evidences are on parade.

On the surface, I agree with those who scream discrimination. But it is deeper than that.

For the records, there are many discriminations against women in the NPF. From converting some of the most beautiful of the other ranks to “tea servers”, (Abuja chop, senior officers jokingly(?) refer to them during recruitment), no female Police Officer, no matter how qualified, and capable, has been considered for the office of the IGP. None has ever been appointed DIG Operations. Currently, there is no female DIG and, so, none in the Police Management Team.

At the lower cadre, their ranks are prefixed by their gender. So, you get to hear: “Woman Sergeant, “Woman Inspector, Woman ASP.” Such prefix is not applicable to their male counterparts.

Policewomen are not allowed to wear earrings, not even studs. Most times, when they wear even light make-up, it could be a crime. And there are worse.

For example, they are required to serve for a certain number of years before they are allowed to get married. Even then, they are required to write applications, and get permission/approval, before getting married. Quite a number of them have been taken advantage of by a few randy bosses, just so their marriage applications would be approved. Their male counterparts don’t go through that ordeal. Nobody queries them even if they decide to marry two women at the same time, with a chain of side kicks to boot!

In October, 2019, a Lawyer, Mrs Funmi Falana, went to court and secured victory for Policewomen. The Court declared that application/permission before marriage is illegal. I cannot, now, confirm if it has been scrapped or not. But in September 2020, it was part of the amended Police Act, signed into law by President Muhammadu Buhari.

However, in the instant case involving ex-Constable Olajide, I beg to differ. Unfortunate as it is, the Police was right to sack her.

The young lady enlisted into the Police Force as a Constable in April, 2020.

Money was spent to train her in the Police College. So was time. She was recruited to work. But what did she do?

Under one year, she became pregnant. At the time she was sacked, she was six months pregnant. Meaning that she got pregnant, almost, as soon as she was enlisted. The first three months of pregnancy may not have have been easy for her.She would have been off and on to the office. At eight month, she would be of no use in the office. At, almost, nine months, she would be asking for maternity leave. She would then be away for three months, observing maternity leave. Thereafter, she would work “half day” for another three months or so.

What time did she have to do the job for which was recruited? Was she recruited to get pregnant under one year and, then, be on leave for most of the time? How has she justified the money and time spent to train her as a Policewoman.

It is Olajide’s type, her behaviour, that make Police Authorities reluctant to recruit nearly as many females as their male counterparts into the NPF. During Police recruitment, they beg to, please, recruit few women. Make it 80/20, they would plead.

During my first tenure on the Police Service Commission, PSC, I made a lot of trouble during recruitments, insisting on, at least, 70/30 – 70 per cent for men, and 30 for women. The standard arguement then was: “Hon. Commissioner, please, help us, they will not go on operations.” When I counter that, with examples, they will say: “They will not go on night duty.” I counter that too. But a couple of experiences, thereafter, made me give up.

The PSC decided, in agreement with the IGP, to screen and interview, for promotion to the officer cadre, other ranks who had improved themselves educationally, while in service. I was impressed to see many females. During the selection interview at Enugu, I was shocked when most of the women were always, almost, on permanent maternity leave. Some had four children within six years. That, in addition to stealing Police time to go to school.

Going to school while in service is one of the problems within the Force. Of course, police personnel should be encouraged to improve themselves academically, but there are rules guiding that. You apply, and proceed only when it is approved by the IGP. It has been abused.

The trend now is: Almost half of them, without permission, are in school. When you ask, they say they are on “permanent night.” Meaning that they attend classes during the day, and go to work at night. But they are no machines. Even machines are serviced. They are human beings. Truth is, they get tired after classes, and sleep off at night while on duty.

This, automatically, affects the performance of the Police. When almost 40 per cent of them are in school, and on “permanent night”, it means only about 60 per cent carry the Police burden.

The others steal Police time, manage to avoid being transferred, go to school, and get paid. That’s cheating.

But back to Olajide. I am not going to be emotional about her situation. I am not going to be swayed because I am a woman. I am not going to call her an embarrassment like the PRO, Ekiti Police Command did. I will just say that she was reckless. It was irresponsible of her to get pregnant less than one year after enlistment. She was not prepared for a career in the NPF. Perhaps, she enlisted, like some others do now, for want of what to do. Having done that, she lacked the discipline to keep it. I offer some prayers for her.

I pray the man responsible for her pregnancy stands by her. I pray the attraction was not her uniform. Having lost it, I hope he does not do an Usain Bolt.

Finally, if those condemning the Police action do not anger the Police authorities the more, perhaps, just perhaps, the IGP could pardon her, take her back after she has weaned her baby, and send her on a refresher course.

*Obi is the Editor-in-Chief/CEO of The Source (Magazine)