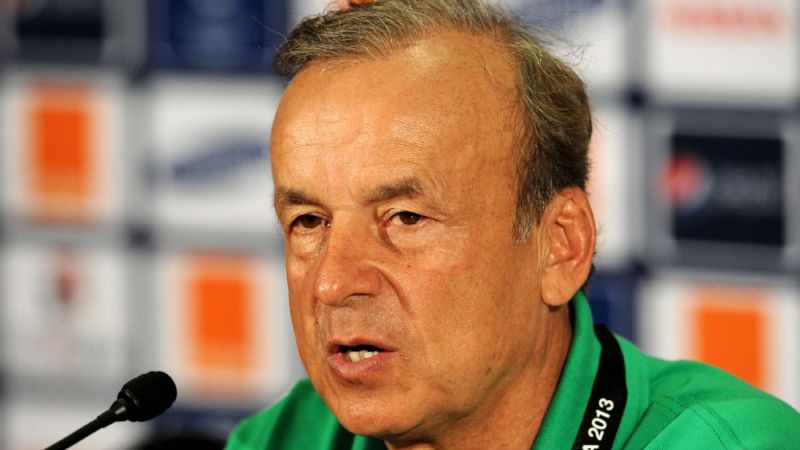 The German coach admitted that the current squad is not as strong as the 90s team, who qualified for the second round of the World Cup twice in a row, defeated Spain and was close to eliminating Italy at USA ‘94.

“We do not have such great players as Kanu or Okocha, who then shone, but the strength of this team is the team work,” Rohr told Przegl?d Sportowy ahead of Poland vs Nigeria match on Friday.

‘’Our captain Obi Mikel or Victor Moses are not the players who will decide the fate of the game themselves, like the stars from the 90s.”

Victor Moses was Nigeria’s top scorer with three goals during the 2018 World Cup qualifiers, followed by Kelechi Iheanacho and Alex Iwobi with two goals each, and Rohr says he is concerned about the absence of a top finisher in the team ahead of the Mundial.

He said: ‘’We really do not have an effective striker, but we have other good players like – Iwobi, Kelechi, Obi Mikel, Ighalo – they are also able to score goals.”

The Poland vs Nigeria tie will be played Municipal Stadium Wroclaw.

Rohr has already released a 28-man squad that will prosecute the game against Poland and Serbia.

Girl drags lover to court for refusing to marry her