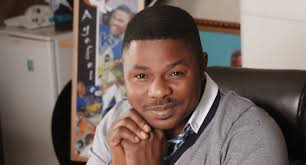 Robbers have invaded Fresh FM radio station in Ibadan owned by a popular gospel musician, Yinka Ayefele, in the early hours of Sunday while the station was still on air.
The staffers who were on a live broadcast when the hoodlums attack came, were jolted and even as they struggled to know what hit them, the attackers carted laptop computers, phones and their other  personal belongings away before escaping.
It was learnt that the robbers attack the station located in the Challenge area of Ibadan at around 6:30 am but no one was injured.
The Police Public Relations Officer in Oyo State, Adewale Osifeso, could not be reached to comment on the incident.
Related Topics:AyefeleFresh FM
Up Next

EXCLUSIVE: Inside details of how Osinbajo will declare his 2023 ambition