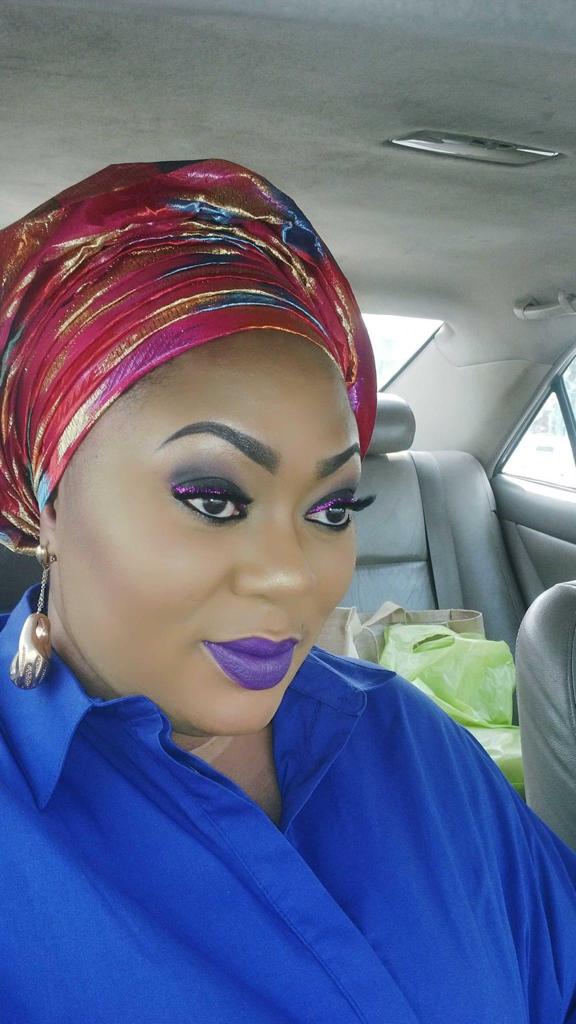 Exactly three months after Prophet Israel Oladele Ogundipe aka Israel Genesis, was sentenced to prison over allegation of fraud, fresh facts have emerged on the identity of the principal actor who hatched and executed the plot that landed him in jail.

It will be recalled that in November 2020, a Lagos State High Court had sentenced Ogundipe, a popular prophet and Shepherd-in-charge of Celestial Church of Christ Global Genesis Parish, to two years imprisonment for defrauding a United Kingdom-based woman, Mrs Olaide Williams-Oni. 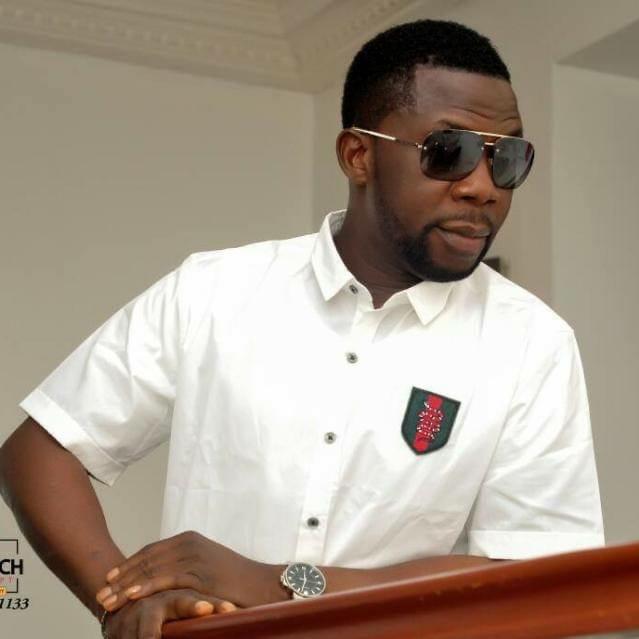 Findings by FIRST WEEKLY revealed that a popular society lady, Adenike Bush Alebiosu could be the brain behind Ogundipe’s ordeal. She was reported to have worked in cahoots with some influential people within the judiciary system and ensured that Ogundipe went to jail.

Nike Bush, as she is fondly called is the youngest daughter of Otunba Bushura Bush Alebiosu, a popular politician and the former Majority leader in the Lagos State House of Assembly during the Second Republic regime of late Governor Lateef Jakande’s administration. Her elder brother, Honourable Yacoob Ekundayo Bush-Alebiosu, is a former member of the House of Representatives.

It was gathered that Nike Bush and Ogundipe had a long-standing relationship that was beyond platonic. Although, they tried to hide the fact that they were intimate friends, some of their close associates were aware of their “closeness”. Insiders also revealed that Nike Bush was a regular face around Ogundipe’s church premises.

A divorcee and mother of two, Nike Bush was once married to Jide Subair, a former son-in-law of the late Senator Buruji Kashamu. The marriage crashed after a couple of years, on a very messy note. She is reported to be very close to popular musicians like – Wasiu Ayinde Marshal (aka K1 De Ultimate), Wasiu Alabi Pasuma, Lanre Teriba Atorise, MC Oluomo and some others.

Sources disclosed that Nike Bush became so fond of Ogundipe that she did everything within her power to become more than a girlfriend in his life. This was said to have dimmed the interest Ogundipe had in her, and he began to detach himself from her, gradually. Obviously, this didn’t go down well with her and she reportedly vowed to deal with him.

The opportunity to carry out her vendetta agenda came when Ogundipe fell out with one of his ardent followers, Bukola Jesse, a Manchester based lady. This lady was alleged to have made several love advances towards Ogundipe, but he rebuffed her. Scorned by this rejection, Bukola Jesse declared a verbal war on Ogundipe, and began to reveal some distasteful tales about him. 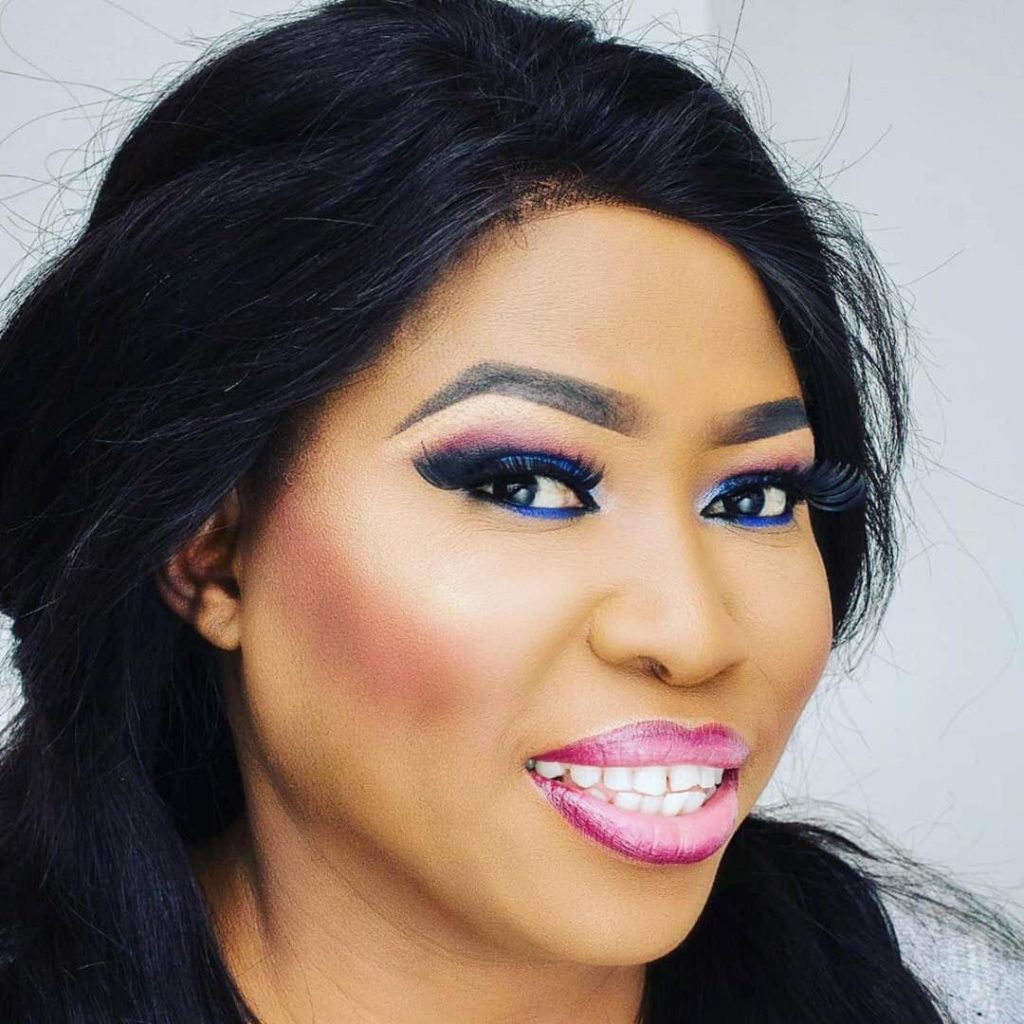 The feud between Ogundipe and Bukola Jesse soon escalated, became a topical issue on social media and raged on for many months. It was at this juncture that Nike Bush came in and allegedly decided to form an alliance with Bukola Jesse. The two ladies decided to seize the opportunity of the moment – Ogundipe’s case with Olaide Williams-Oni, to unleash their punishment on him. 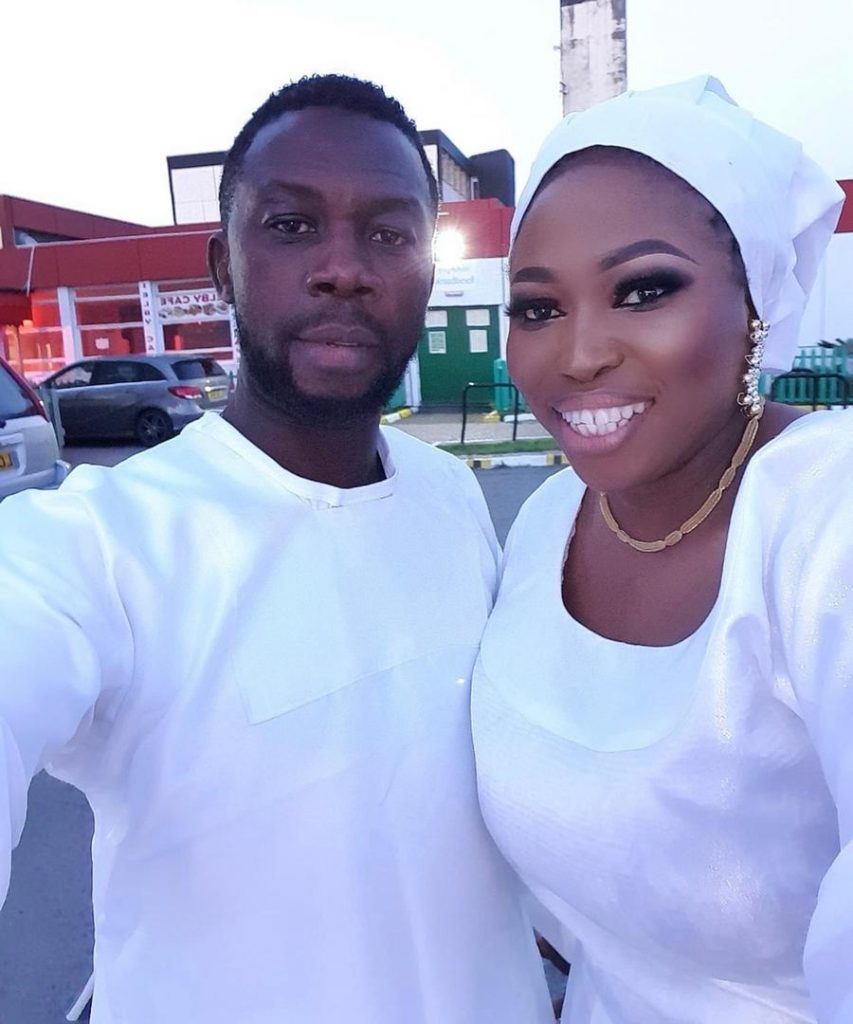 Faced with the uncertainties of the outcome of his trial, Ogundipe was reported to have turned to Nike Bush, who had assured him that she had strong connection within the judiciary and she would help to get a soft landing for him.

Unknown to Ogundipe, the help he had sought from Nike Bush would turn out to be his Waterloo. The controversial lady was said to have secretly hatched a plot that would fetch a harsh punishment for Ogundipe. It was gathered that a day before the final judgement, Bukola Jesse, after being tipped off by Nike Bush, had announced on her infamous show that Ogundipe would be sentenced to prison. 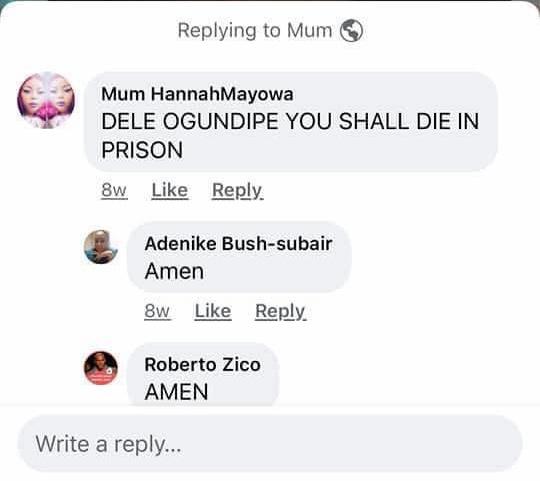 True enough, Ogundipe was sentenced to prison, as Bukola Jesse had boasted. The lady then went ahead to drag him for many weeks whenever she did her video chats. On one occasion, she had even boasted that she would not stop to drag Ogundipe until he dies. She also cursed and threatened to call the mother of the embattled Cele prophet and give the news that would send her to the world beyond. There were several instances, where Nike Bush would thumb like buttons and write ‘Amen’ in response to posts where Ogundipe was being cursed.

Last week, when confronted with the allegation of conspiracy by Victor King, a reputable chat show host, Nike Bush made feeble attempts to defend her innocence. But the harder she tried to deny her involvement in the Ogundipe’s prison saga, the more guilty she appeared.

Also, Nike Bush, during the chat with Victor King, admitted that she was very close to Bisi Akinlade, the judge who presided over Ogundipe’s case and sent him to prison. She claimed that Akinlade was a god-daughter of her mother, Otunba Funmi Alebiosu. But somehow, the interviewer and the viewers were able to read between the lines, and decipher that Nike Bush was the mastermind behind the grand conspiracy that led to Ogundipe landing in jail. And she had hatched and executed the plot to punish Ogundipe, just to satisfy her quest for revenge.

Even though she denied hatching the plot in sending Ogundipe to prison, close watchers of the unfolding drama have agreed on one fact – Nike Bush is a scorned and vindictive woman, who had nursed a deep-seated angst towards Ogundipe because he refused to allow her have access to the control of his life and ministry.

Since it is evidently clear that Nike Bush might have collaborated with some forces to send Ogundipe to jail, some Nigerians are presently calling for a re-trial of the case with a new judge to preside over it, and with a view to ensuring that Ogundipe eventually gets a fair judgement.

They believe that Ogundipe, after being ordered to pay back the money he collected from Williams-Oni, was unjustly sent to prison to serve a jail term, which was not part of the judgement.

The call for Ogundipe’s re-trial is gradually gathering momentum.