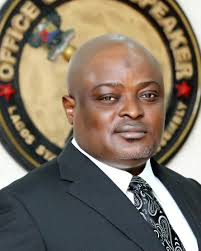 The Lagos State House of Assembly Muslim Community has urged Muslims in the state and the country at large to extend acts of charity to the less privileged within their neighbourhoods before, during and after the holy month of Ramadan.

According to the Council of Imams, the spirit of the holy month of Ramadan should be reflected among the Muslim faithful, especially the rich who Almighty Allah has blessed to help the less privileged for Allah’s blessings.

The Council, while praying for the leadership of the House led by the Speaker, Rt. Hon. Mudashiru Ajayi Obasa, and the Acting Clerk, the Management and staff of the House, further enjoined all Muslims to be more prayerful unto Allah, especially in this holy month of Ramadan to help our nation, the world in general and guide our leaders, most particular the Governor of the State, Mr. Babajide Olusola Sanwo-Olu and the President of the Federal Republic of Nigeria, Muhammadu Buhari.

Fasting, they said, is one of the five pillars of Islam. Muslims observing the fast are encouraged to read the holy Qur’an and also observe Taraawih prayers after breaking the fast.

The month of Ramadan is a month in which Muslims globally engage in fasting for 29 or 30 days by abstaining from eating and drinking during the daytime (till sunset).

“It (We) should be reminded that abstaining from vices should be paramount as exemplified by the Holy Prophet Muhammad (SAW)”.
One of the special devotional activities in the month of Ramadan is the Tafsir which means to enlighten humanity, particularly Muslims on the treasures and blessings of the Qur’anic messages.”

The Council however (further) “urged Muslims and non – Muslims to be vigilant and take extra security and safety measures to protect ourselves, loved ones and our neighbours.”

All practicing Muslims, who have reached the puberty stage are expected to fast during Ramadan while the sick and aged who are incapacitated are exempted.

Tinubu implores Muslims to imbibe the lessons of Ramadan