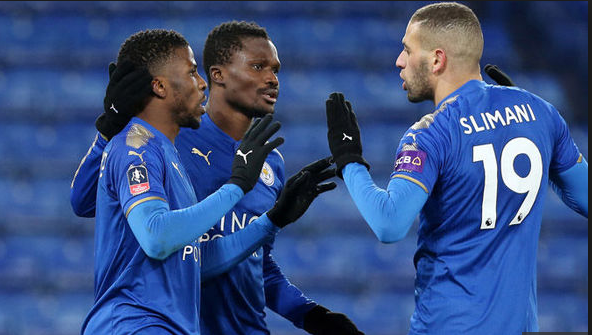 Leicester City manager, Claude Puel has lauded striker, Kelechi Iheanacho after he scored in each half to give the Foxes a 2-0 win over Fleetwood Town in an FA Cup third round replay at the King Power Stadium on Tuesday night.

The 21-year-old entered the history books yet again when he scored the first VAR goal in English football in the 77th minute; the flag went up but the referee consulted the Video Assistant Referee before deciding to award the goal.

Puel told BBC after the match: ”It was important to manage the game and to put it right for the second leg. The first half was tough. Riyad was captain tonight and it was a good feeling for him. He’s captained Algeria before.

”I was happy for his (Iheanacho) game. He played a complicated goal with quality. The second goal was fantastic, and it’s a good reward for him and the team.”

On Iheanacho’s VAR goal, Puel stated : ”It could have done something for us, for the free kick against Iborra. The video is not perfect, but it helped us tonight.”

Chelsea could be banned for two transfer windows