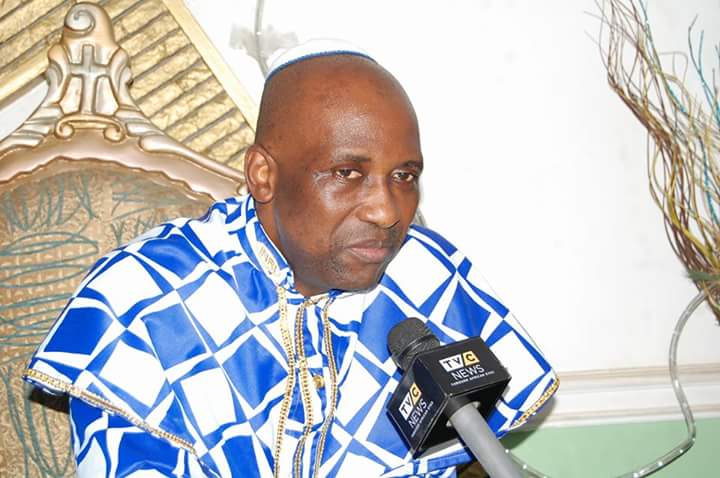 Many men today seem to put more emphasis on pursuing the ways of the world rather than the ways of God. Too many men, women are living for their own pleasure and Christian values have no part in their life. to this class of people, a man of God who puts God first in his life, is sent. He is founder of INRI Evangelical Spiritual Church, Lagos, Primate Elijah Babatunde Ayodele.
For years, Primate Ayodele is recognized by character and integrity for the divine messages which through him God passes to His people. Ayodele separates himself from the pagan world around him; he hears God’s voice and humbly obeys. God’s ways are his ways.
Apart from ministering to win souls for Christ,  he equally ministers to those who are in need; the widow, the orphans, the aged and the vulnerable in the society. With his ministry’s humanitarian arm, Ayodele moves around to reach those most in need, and he often does his Charity with little fanfare.
The servant of God has touched a number of lives. Also, the Sensitive Dynamics between Christians and Muslims underlines the importance of Ayodele’s interest in interreligious relations. It has become a practice since the berth of INRI to sponsor widow’s in pilgrimage to Mecca and Jerusalem.
Primate Ayodele’s restorative ability is so great that his Ministry has been witness to hundreds of miracles God has performed over the last two decades. His services represent a new move of supernatural Christianity characterized by signs, wonders and healing miracles.

As usual, Primate Ayodele has released a new set of prophecies in his new 220-page revelations book titled “Warning to the Nations” 2017/2018 edition. Addressing a world press conference on Monday, 9th of October, 2017, on the contents of the new book of prophecies, Ayodele said among other revelations: