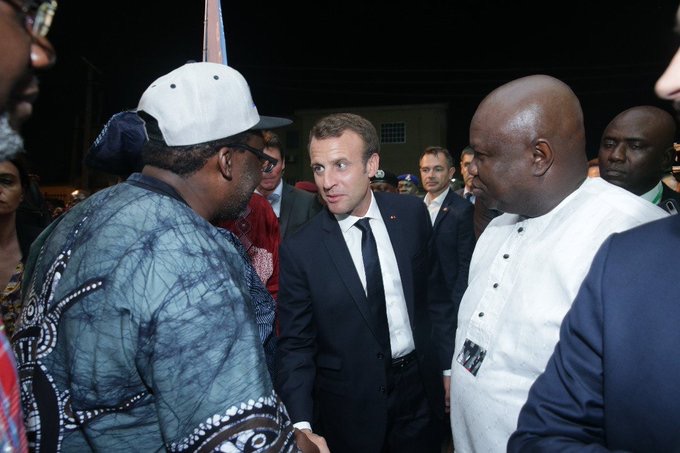 Nollywood is on my mind and it’s for a heartwarming reason. This Made-in-Lagos industry caught the attention of the world last week in a very significant way. First, two of its illustrious stakeholders – Femi Odugbemi, cerebral filmmaker; arrowhead of IRep International Documentary Film Festival and the man that will drive Multichoice’s Talent Factory as well as star actor Omotola Jalade-Ekeinde were invited into the new set of cineastes from across the globe to join the Academy of Motion Picture Association as voting members. In other words, Femi and Omotola now have voting rights in determining which films and filmmakers now win the OSCARS.

The invitation is a major accomplishment for these two professionals and for Nollywood as a home-grown industry. And it gladdens the heart that the first two considered worthy of this honour live and work in the home state of Nollywood and cinema in Nigeria. #lagostourism is proud of you.

Remarkably too, jusy few days after the good news from the United States, home of the Academy Awards, the French came to honour Nollywood in its homestead. And it wasn’t just an ordinary honour, the recognition for Nollywood as a super force came from the very top.

President Emmanuel Macron of France joyfully turned his State Visit to Lagos to a cultural extravaganza that is still resonating all over the world, validating Lagos as the undeniable liberal home of the creative industry in Africa. President Macron chose the iconic New African Shrine as the venue of that historic night last Tuesday to celebrate African culture. He saw a mini exhibition of art works by Nigerian artists; curated by Tokini Peterside of Art-X.

He was wowed by 11-year-old Kareem Waris’ painting prowess. He danced to Femi Kuti’s afrobeat and beat the talking drum with Ara (Thunder). He applauded the fashion parade from Lagos designers; granted a no-holds-barred interview; spoke glowingly about Lagos even in pidgin and took selfies with practically everyone at the Shrine.

But he seemed to have reserved a special love for Nollywood!

It was no ordinary show.
The President of one of the most powerful countries in the world and the home to the world’s biggest film festival acting in a Nollywood skit on a Lagos stage serves a special purpose.

It’s an endorsement that is more than an offer of partnership. It’s an overture; a bright green light for a love story that is about to happen.
Monsieur Macron entertained questions from Afolayan and had a one-on-one with Mo Abudu.

He brought Mauritanian-born Cannes film festival veteran, Abdulrahaman
Sisseko to interact with other Nollywood icons like Olu Jacobs, Tunde Kelani and Genevieve Nnaji who were also in the audience, ostensibly saying what Sisseko achieved with TIMBUKTU at Cannes and at French cinemas (or Ousmanne Sembeme with MOOLADAY) can indeed be achieved by say a Kelani; Odugbemi; Izu Ojukwu; Fred Amata; Lancelot Imasuen, Niyi Akinmolayan; Kenneth Gyan or Afolayan, who all are flying Nollywood’s directorial flag beautifully if the industry can get the politics and diplomacy components of the global audio-visual business right.

Yet, President Macron listened and nodded in agreement to the film school initiative from Chioma Ude, the brain behind African International Film Festival (AFRIF) whose partnership with Lyon, France-based CineFabrique will open another window of opportunity in film studies in Lagos.

CineFabrique Lagos from next year promises young talents two years of study in Lagos and last year in France. Nollywood sure is going to another level.

Putting icing on the cake of this historic visit, Mr. Macron chose to announce the year-long African Cultural Season in France in the year 2020 in Lagos. He didn’t make that announcement in Dakar or Cotonou; all he did with those two important cities was to pick the godfather and godmother for the cultural season – Yossou Ndour and Angelique Kidjo – from there; and then brought them along to Lagos for the special announcement to be made.

What President Macron was saying in essence was that the doors are now open; no more barriers and that the opportunities will be limitless for talented professionals and creative entrepreneurs with fresh ideas.

The Shrine declaration was a message that Lagos and Nigeria must take its rightful place at the Year 2020 African Cultural Season in Paris.

For Nollywood, the journey of the last rennaisant 30 years – from celluloid big screen films; to ‘reversal’ movies; then to home videos and now to the digital new Nigerian Cinema that has returned the audience to the movie theatres is just about to enter a new phase; a new vista that is getting the world to take more than a passing interest in the ways that we have chosen to tell our stories on the big screen.

For sure, the keen interest that Lagos State has in this industry is adding to the new lease of life – in supporting productions; award ceremonies and festivals; in providing opportunities for stakeholders to share in the glory that Toronto International Film Festival bestowed on Lagos in 2016 as the City in Focus and at Cannes Film Festival where it has provided a Pavillion back to back for quality visibility for the industry; in appointing two key professionals into the Board of Council for Arts and Culture and in bringing on board the views of industry heads and stakeholders in preparing its Tourism Masterplan.

A warm hand of friendship has been extended and it can only get better.

Undoubtedly, therefore, the other night at the African Shrine attests to the good vibes that Nollywood is getting from the City of its birth. That the Academy Awards and the French President are in open romance with the industry at this point simply means that the sky is not the limit.

Reflecting on all these on Sunday evening, few hours to my special day, I couldn’t help but conclude that the special honour that President Macron has bestowed on the new African Shrine and Fela’s legacy; Nollywood as indeed the entertainment and culture sector; on Lagos State and Nigeria as a whole, is essence a special birthday gift to yours truly.

Ayorinde is the Lagos State Commissioner for Tourism Arts and Culture