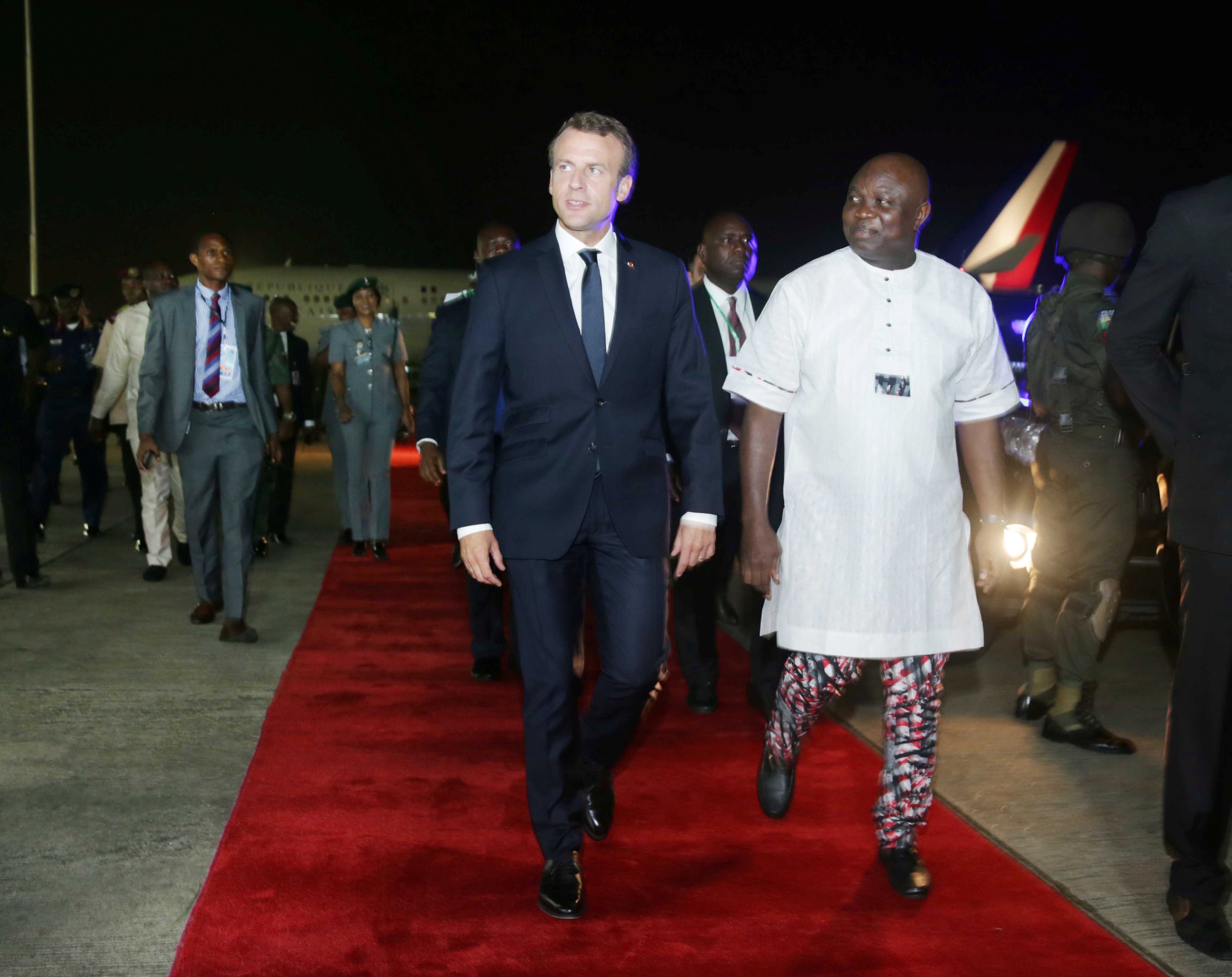 French President, Emmanuel Macron, has urged Nigerian youths to get involved in politics in order to change the narrative of the nation.

Macron, in company of Gov. Akinwunmi Ambode of Lagos State, gave the challenge during a visit to the Afrika Shrine in Ikeja, Lagos State on Tuesday night at an event tagged “Celebrate African Culture.”

The French leader noted that only Nigerians can change their image before the comity of nations.

He noted that the future of Africa and the task of making it great rested with Africans, saying that the youths have a crucial role to play.

Macron further described the Afrika Shrine as an iconic place of strength, music, culture and the late Fela as a politician who wanted a change for the society.

“Africa needs a new generation of Africans to share the new narrative about Africa all over the world.

“I am very happy to be here. Let me remind you that this shrine is a music place as well as politics which is needed to change the society.

Macron also announced the launch of the 2020 African cultures season in France.

He added that the event would help create a unique face for African culture in Europe.

Why I am supporting Buhari, Tinubu – Wasiu Ayinde