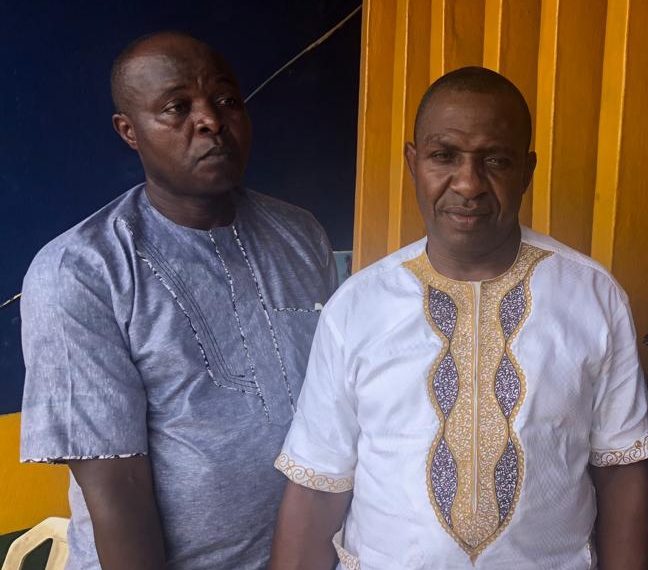 The police in Lagos have rescued a two-year-old child abducted from the Mountain of Fire and Miracle Church (MFM) regional headquarters in Agege in March.

The police also arrested the kidnappers, Nwaigbo Magnus and Sixtus Osunwoke Egwim, who were waiting to collect ransom at the location they asked the baby’s parents to bring the money.

It was gathered that the police have been on their trail since they established contact with the kid’s parents Mr and Mrs Oladipo Ojo to demand ransom.

It was gathered that the suspects gave the parents six different locations to ensure they did not set a trap for them, were eventually apprehended around 12:30pm on Monday.

It was gathered that they led the police team to their hideout where the baby was recovered unhurt and handed over to her parents.

The baby’s father, who could not hold back tears, said his daughter safe rescue had restored his faith in the police.

He said: “The Commissioner of Police has commended the DPO Igando and his team for reining in on the gang. This operation to arrest the suspects today lasted over four hours.

“The police acted on credible intelligence and led plain cloth surveillance men on the trail of the suspected kidnappers.

“The kidnappers already demanded  ransom of undisclosed amount from the parents of the baby and the church. They continued to change the venue for the collection of ransom within Igando axis for over four hours until they were rounded up by the police.

“This is in furtherance of the commitment of the Lagos State Police Command to ensure a crime free Lagos that will be safe for all,” he said.