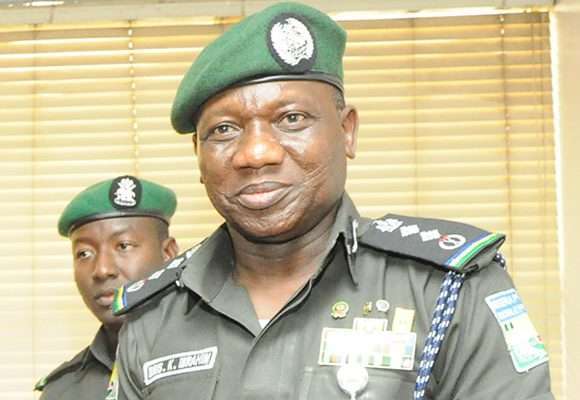 The Commissioner of Police in Enugu State, Mr. Danmallam Mohammed is currently enmeshed in a controversy over the ownership of multi-million Naira plots of land. The plots of land can be found at Cattle Lairage, Emena Industrial Layout, Enugu.

CP Mohammed is allegedly using the powers of his office to frustrate the execution of a judgement issued by an Enugu State High Court.

learnt that in a petition addressed to the Inspector General of Police, Mr. Ibrahim Idris dated February 12, 2018, CP Mohammed allegedly joined forces with a House of Representatives member, Hon Chukwuemeka Ujam to pervert the cause of justice on the real ownership of the plots of land in dispute.

Ohanenya claims to have purchased plots of land at the layout. She would go on to perfect all relevant government papers to establish her ownership.

The petitioner lamented that shortly after getting her hands on all legal documents concerning the parcels of land, politicians who serve in the Enugu State government allegedly trespassed on her land and confiscated the plots by distributing them among themselves.

The legal practitioner said in the petition that in order to redress the injustice against her, she filed a suit against the Attorney General of Enugu State as well as the Commissioner in charge of land in the State.

She added that on July 21, 2016 a landmark judgement was delivered by Justice A.R. Ozoemena in her favour nullifying the purported confiscation of the land by trespassers.

Justice Ozoemena in the judgement barred the defendants and their agents from depriving her of ownership of the land.

The Judge also ruled that in the event the land is needed for public interest, the defendant must first pay her adequate compensation for the improvement effected on the land.

Besides, the court held that the defendants or their agents cannot revoke her fundamental interest in the property.

A restraining order was also granted against the defendants.

The petitioner further explained that in an attempt to reclaim the land, she registered the judgement delivered in her favour and requested the court for the execution of the judgement to enable the land to be recovered from the trespassers.

The lawyer who is the chief executive of Kenuj Investment Limited further stated that the court authority notified the commissioner of police on their decision to execute the judgement through court officials.

As a response, the police dispatched 8 policemen to the court officials for the purpose of executing the judgement.

She further stated in the petition that after recovering the land from the trespassers, a House of Representatives member Hon. Chukwuemeka Ujam, who was a Commissioner for Lands in the State at the time she purchased the land, showed up to claim ownership of the land and joined forces with the police commissioner to chase her away from her land.

The Abuja based female lawyer alleged that after the lawmaker met with the police chief, the court judgement and enroll order granted her by the High Court in 2016 were ignored by the Enugu Police boss who conspired with the House of Reps member.

Both men have since laid siege on the land to deprive her of ownership, Mrs. Uju Ken-Ohanenye says.

Several attempts by the High Court official to enforce the judgement were thwarted and frustrated by the police chief on Hon Ujam’s orders, the petitioner alleges.

The petitioner is begging the Inspector General of Police to call the Enugu police boss to order and allow the cause of Justice and fairplay to prevail in her ordeal.

Land Use Charge: Outrageous Amount In Circulation Unfounded, Based On Arrears – LASG