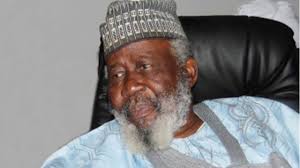 The Pioneer Chairman of the lndependent Corrupt Practices and other related Offences Commission (lCPC), retired Justice Mustapha Akanbi has passed on at the age of 86.

Akanbi, who was a former President of the Court of Appeal and first Wakili of llorin, died in the early hours of Sunday at his GRA residence in llorin, after a brief illness.

A close Associate of the late jurist and lNEC Resident Electoral Commissioner for Nasarawa State, Dr AbdulRahman Ajidagba, confirmed the death in a text message to the News Agency of Nigeria (NAN) in llorin on Sunday.

Also, one of the sons of the late octogenarian and a professor of law at the University of llorin, Mohammad Akanbi, in an interview with NAN, confirmed the death of the former lCPC Chairman.

Already the GRA residence of the late jurist has began playing host to hundreds of symphatizers.