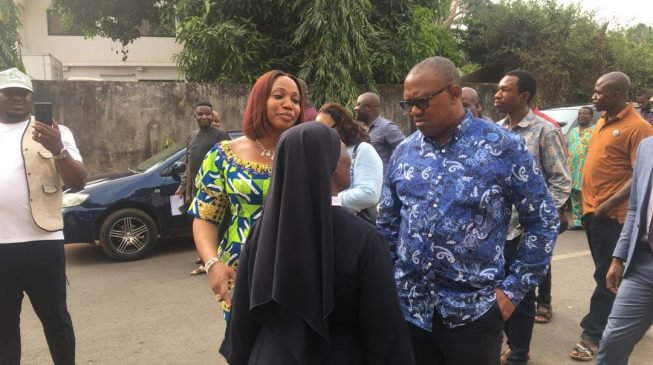 Obi said this shortly after voting in his ward in Agulu, Anambra state, on Saturday morning.

Asked to confirm the news that some PDP chieftains were harassed and “probably whisked away” on Friday evening, Obi replied in the affirmative.

“Most of them were harassed including myself,” he said, adding: “Yes, it happened. It spells trouble for the country.”

The former governor of Anambra state also faulted the electoral process which he described as “clumsy”.

He said although it takes time to get accredited and vote, it is “too early” to comment on the general election.

“The system is still a bit clumsy. You were here and you saw the time it took me; some of the things were not proper including the ink,” he said.

On Friday, the PDP raised the alarm that security agencies had launched a nationwide operation against its leaders.

The opposition party said the homes of some of its leaders were searched, including that of Ayo Fayose, the south-west co-ordinator of its presidential campaign.

The security agencies claimed they were trying to stop “vote buying”.

INEC: Your vote is void if ballot paper is put in the wrong box

I look forward to a successful transition, says Atiku