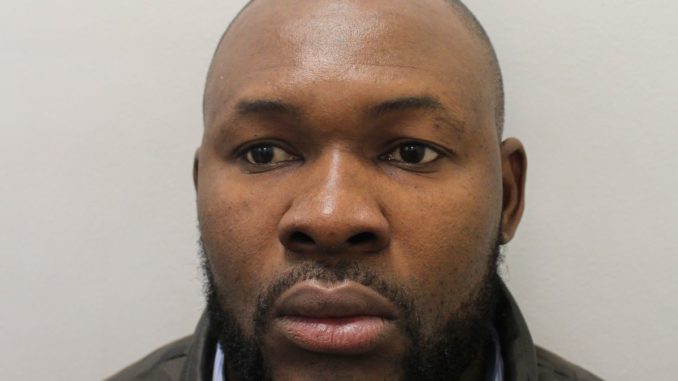 A man who stole 22 mobile phones in one night from revellers in bars across Shoreditch in Britain has been convicted.

He will be sentenced at the same court on a date yet to be arranged.

On Saturday, April 6, 2019, police asked a Blue Ford Focus to pull over in Kennington Park Road, SE1, as a routine traffic stop. The driver, Ogunsakin, was searched because he had failed to stop and he was found to be in possession of four mobile phones. One of the mobile phones had a brightly coloured cover with a female’s name on it.

Ogunsakin told officers that two of the phones found on him were purchased for cash on the street from an unknown male and he did not obtain a receipt for the items.

He was arrested on suspicion of handling stolen goods and, following a search of his car, another 18 mobile phones were found concealed in the vehicle’s front passenger footwell, underneath a loose fitting car mat, with another phone on the rear passenger seat.

Subsequent enquiries established that one of the phones found on Ogunsakin had been stolen from a female in a nightclub in Shoreditch between midnight and 3.00 a.m. on Saturday, April 6, 2019.

During his police interview, Ogunsakin told officers that he returned home from work at about 17:00hrs on Friday, 5 April and he stayed at home, in Lambeth, until about 01:30hrs on Saturday, 6 April.

He said he left his home and attended a club in Aldgate, arriving at approximately 02:00 Hrs. He said he could not get into this club as it was too busy, so remained outside talking to acquaintances for about half an hour.

Ogunsakin told officers he then drove to London Bridge and went into a kebab shop to meet a friend of a friend, whose name who did not know, because he buys and sells things.

He said he was shown a number of phones and agreed to buy two phones (one of which was stolen from the victim in the Shoreditch nightclub) and they agreed a price of £40.

Ogunsakin said the unknown friend then sat in his car eating with him and he was carrying a bag. The friend then left and Ogunsakin drove away – he was then subsequently stopped by police.

Ogunsakin told officers he did not know the phones in the passenger footwell were there, and said they must have been left there by the unknown friend. He denied touching the phones.

Officers asked Ogunsakin if he went to any other locations that evening, other than the nightclub in Aldgate and the kebab shop near London Bridge, to which he stated no. He also told officers he did not go into the Shoreditch area.

However, enquiries carried out by officers proved otherwise. Fast paced enquiries were carried out and officers traced 17 victims who all had their phones stolen overnight on Friday, 5 April to Saturday, 6 April from five nightclubs and bars in the Shoreditch area. All 17 identified victims had their mobile phones returned to them.

All the victims said their mobile phones had been stolen from their pocket or handbag, and they had not spoken to the suspect, or see him approach them.