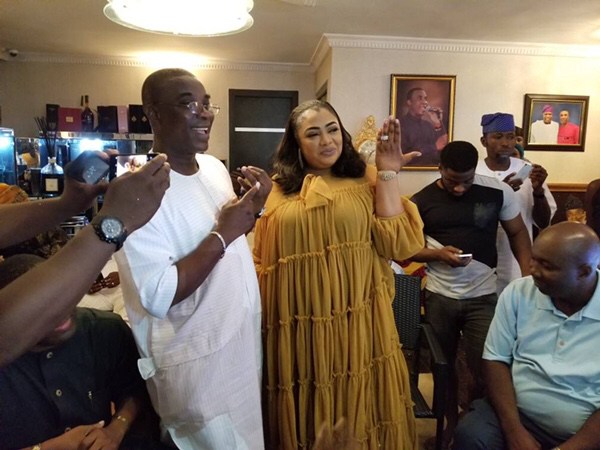 The surprise wedding took place at the musician’s Ojushagbola Castle, Ijebu Ode, Ogun State on Saturday March 3rd, 2018 after the lovebirds legalized their many years of relationship by the Ikoyi Registry, Lagos.

For those who don’t know, their relationship became public after Titi bore the musician a child in the U.S. in 2013., which happened to be K1’s 38th child. Titi who runs an upscale fabric store in Surulere, Lagos also had three children for the fuji star.

We gathered that she was previously married to one Tunde Bashua but their marriage collapsed while she clinched to the musician, who accepted the only child she had for her former husband.

Meanwhile, K1 De Ultimately as fondly called by his fans also posted a picture of himself and his new wife on his Instagram page…

Why Buhari and I did not visit Dapchi – Osibanjo