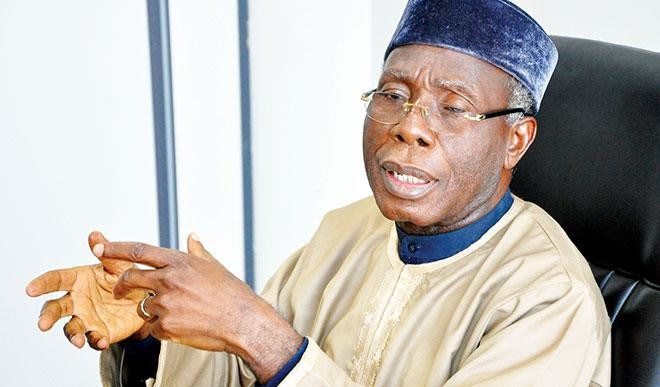 The Peoples Democratic Party (PDP) has urged the Minister of Agriculture, Audu Ogbeh, to apologise to Nigerians and resign making false claims on Thailand closing down its rice mills on account of reduced importation from Nigeria.

The party in a statement on Friday by its national publicity, Kola Ologbondiyan, said Mr. Ogbeh should ”immediately toe the path of honour and resign for portraying Nigeria as a lying nation.”

The minister had claimed that a Thailand diplomat told him in a private conversation that President Muhammadu Buhari’s policy of reducing importation of rice and encouraging local production led to the ”collapse of seven rice mills in Thailand” and an unemployment crisis in the country.

“Just like two weeks ago, the ambassador of Thailand came to my office and said to me that we have really dealt with them.

“But I asked what did we do wrong and he said unemployment in Thailand was one of the lowest in the world, 1.2 per cent, it has gone up to four percent because seven giant rice mills have shut down because Nigeria’s import has fallen by 95 per cent on rice alone,” Mr. Ogbeh was quoted as saying.

However, Ambassador of Thailand to Nigeria, Wattana Kuwongse in a subtle criticism a few hours later had chided the minister for incorrect misrepresentation of what was discussed between the two officials. He said the minister’s claim of the collapse of his nation’s rice mills was not true even as he tried to lessen his indignation by saying the two nations had a mutually beneficial relationship.

The minister is yet to clarify his claims or offer any explanation.

The opposition PDP said the ”whole world” was appalled by the minister’s deception.

The PDP said this development has further dragged down the image of the nation which the APC-led administration has “wrecked in the last three years”.

Its statement reads in part:

“It is clear that the intention of the APC-led Federal Government was to use the Minister of Agriculture to mislead Nigerians into believing that the Buhari-led administration has achieved national self-sufficiency in food production; a stunt which fell flat on its face and brought the nation into international ridicule.

“Nigerians will recall that the same minister, last year, programmed the exporting of rotten yams and brought the country into international disrepute, all in the desperate bid of APC interests to score cheap political points and push their ill-lucked 2019 re-election bid.

“Earlier this week, President Buhari’s handlers made the nation a laughing stock in the international arena when they railroaded the President into offering to help Ghana in the fight against corruption, when back at home, the APC controlled Federal government is an ocean of corruption and false claims.

“This is a government where officials deliberately issue false security assurances, particularly in the northeast region, making the people vulnerable to attacks.

“Nigerians have not forgotten how this government lied that it had recovered the abducted Dapchi girls only for the report to turn false and frustrated prompt effort that would have led to the recovery of our daughters.

“Nigerians have seen that the hallmark of the APC-led Federal Government is falsehood, deception and lies but they are shocked that Government officials could invent and peddle bare-faced lies in the international arena.

“Nigerians can now see the weight of our earlier caution to always cross-check any information or performance indices issued to them by the Presidency or officials of the APC government no matter how highly placed.

“We therefore charge the Minister of Agriculture to toe the path of honour and immediately resign and tender and unreserved apology to Nigerians.”