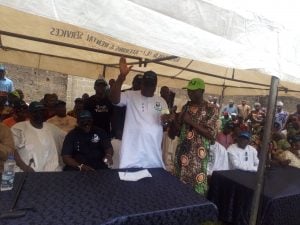 A governorship aspirant in the Peoples Democratic Party (PDP) in Oyo State, Engineer Joshua Olukayode Popoola, and a chieftain of the party, Alhaji Adebisi Olopoeyan dumped the party and joined the New Nigeria People’s Party (NNPP).

Olopoeyan, alongside Popoola and their supporters, announced their entry into NNPP at an event held in Bashorun area of Ibadan, the state capital on Monday.

They joined the party ahead of the 2023 general elections in the state.

Recall that Olopoeyan had few weeks ago dumped the PD

Olopoeyan and Popoola were presented membership cards of NNPP on Monday, a development which signified their official entry into the party.

Olopoeyan was presented the membership card of NNPP by the Chairman of Ward 1 in Ibadan North East Local Government, Mr. Ololaja Alao.

Olopoeyan and Popoola said that thousands of their supporters across the 33 local government areas in the state have also joined the party.

Some of the leaders of NNPP, who were present at the event included NNPP South West Chairman, Mr. Tunde Oke; NNPP Chairman in the state, Mr. Adesesan Adegbola; Oyo State Women leader of the party, Mrs. Yemisi Atanda; and secretary, Mr. Soji Olaojo, among others.

The leaders of the party, after presenting membership cards to Olopoeyan and Popoola, announced the former as the South West leader of the party. 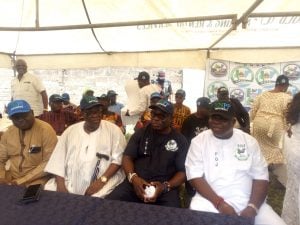