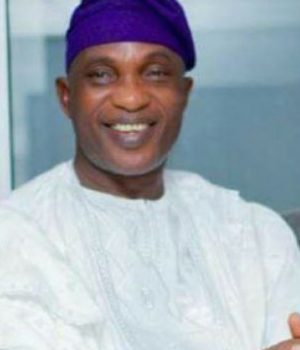 Moshood Adeoti, the current Secretary to Osun State Government, has finally dumped the All Progressives Congress, APC for the Action Democratic Party, ADC.

Adeoti had on Friday withdrew at the last minute from participating in the primary election of the APC over allegation of manipulation to favour the Chief of Staff to the Governor, Alhaji Gboyega Oyetola.

The chants of Sheu, Sheu filled the air as he entered into the secretariat of his new party where he is expected to contest the election.

Speaking in Osogbo on Sunday, through the Director of Communication of his campaign organisation, Kayode Agbaje, the SSG had described the primary as a charade, claiming that the outcome did not represent the wish of the majority of the people of the state and the party.

“The SSG is definitely going to contest but on which platform I can’t tell you now. I am not saying he will leave the APC but he will definitely contest this election. I can assure you.”