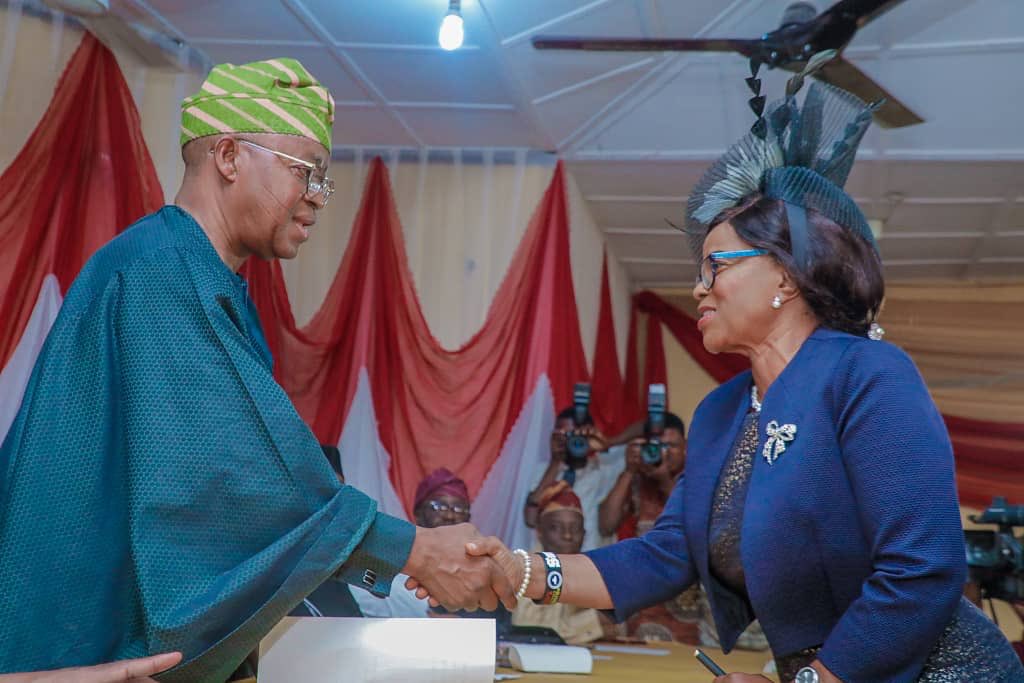 Governor, The State of Osun, Adegboyega Oyetola on Tuesday swore in Justice Foluke Eunice Awolalu as the new president of the State Customary Court of Appeal.

Awolalu was recently appointed to the position by the Governor, following the death of its former occupant, Justice Gloria Oladoke, in September last year.

Governor Oyetola described the late Oladoke as an epitome of character, industry, professionalism and leadership, noting that the best way to immortalise her “is to continue to seek justice for the people of our dear State.”

He, therefore, charged the new president of the State Customary Court of Appeal to carry on from where her predecessor left off by upholding the tenets of her office and discharge her responsibilities with the highest level of integrity, equity, discipline and justice.

“The President of the Customary Court of Appeal must drive the court to perform its role with the highest level of responsibility and fairness to ensure justice and peace for the people.

“She must show leadership and direction in a manner that will not only promote the Omoluabi ethos Osun is known for but also in a way that will make the people beneficiaries and not victims of the law in the interest of peace and fair play,” the governor added.

He also urged Justice Awolalu to regularly hone the capacity of the staff of the court to promote efficiency and effective service delivery to the people of Osun.

He expressed confidence that with the pedigree of the new president of the State Customary Court of Appeal, as an incorruptible, fearless and courageous Judge, the judiciary in Osun would sustain its complementary role as the purveyor of justice.