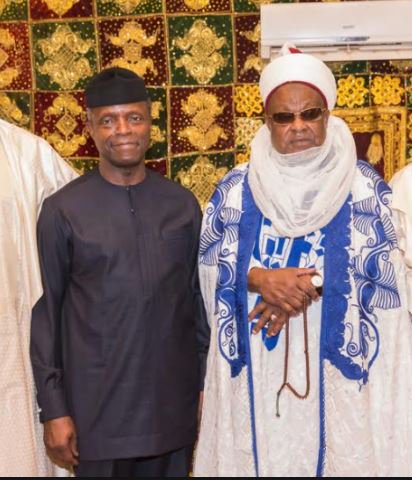 According to Laolu Akande, the media aide to Osinbajo, on his Twitter handle, the meeting held at the Emir of Daura’s palace in Katsina State.

Osinbajo was in the state to attend the senatorial bye-election rally of the All Progressives Congress, APC.

During the visit, Osinbajo said “The purpose of the APC and President Buhari is to uphold the common man.

“The Federal Government is doing more with 60 per cent less earnings than previous administrations.”

In his remarks, the Emir said the people of Daura were 100 per cent behind President Muhammadu Buhari, the Acting President and his actions.

He commended Osinbajo for being a very loyal and effective deputy to President Buhari, who hails from Daura.