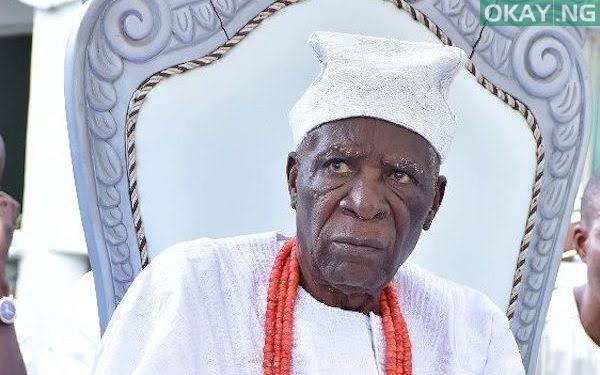 Less than 40 days after the death of a first class monarch in Lagos State, the Oniru of Iruland. His Royal Majesty, Oba Idowu Abiodun Oniru, serious war has reportedly broken out in Abisogun Ruling House over his successor.

It will be recalled that the respected and powerful monarch died in late September, 2019 at the age of 82 after a brief illness.Under the reign of the monarch, Iru land, the host of the highbrow Oniru and Victoria Island, became a mega location with investments and buildings worth hundreds of billions of naira.

We were reliably informed that a tussle has broken down over the throne with many candidates showing interest in the coveted seat.Some of those said to have shown interest in the obaship seat included Wasiu Ogunbambi, Jamiu Adelakun and Saliu Abisogun.Others included Hakeem Ajasa, Fabayi clan, Giwa Otto clan amongst several others.

Reliable sources informed us that lobby has started in high places as some of the candidates were said to have circulated their curriculum vitae among the kingmakers and have started talking to top officials of the Lagos State Government in-charge of chieftaincy affairs in the state.It was gathered that the matter has torn the family apart as none of the candidates was willing to step down for another.Our sources added that what baffled watchers of events in the area is the fact that the crisis broke out just few weeks after the death of the Oba of the town.

“It was only on Friday November 1, 2019 that we did the final burial of Oba Idowu Abiodun Oniru in Eko Hotel. So it is surprising that the candidates for the throne could not even wait for some time before they start fighting over the stool.”Were they waiting for the Oba to die? We all know that the throne is lucrative, but that does not mean that they should start fighting immediately. It is uncalled for,” said a source.

It was however, gathered the kingmakers have started necessary consultations both traditionally and officially, and that the needful would be done in due course, while those interested in the office “have been cautioned to allow the people in-charge due their work so that Iru land would have the right traditional ruler at the right time.”