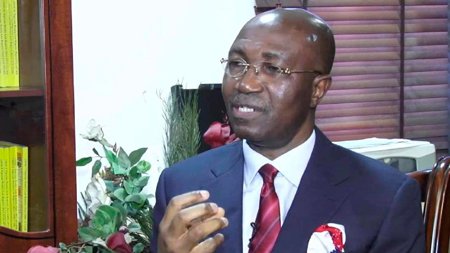 Former Nigerian Bar Association (NBA) President Chief Wole Olanipekun (SAN) has faulted the Federal Government on the discrimination being meted out against private tertiary institutions in the disbursement of funds by the Tertiary Education Trust Fund (TETFUND).

He spoke at the weekend while addressing the 10th Convocation Ceremony of Ajayi Crowther University, Oyo State.

Olanipekun, who is also the Pro-Chancellor and Chairman of Council of the university, noted that TETFUND is expected to be an interventional measure of the Federal Government to tackle inadequate facilities in tertiary institutions.

The senior lawyer added that such discrimination against the private institutions is unconstitutional, illegal, immoral, unjust and indefensible.

According to him, various government agencies, such as the Central Bank of Nigeria (CBN) and the Federal Inland Revenue Services (FIRS) release funds to TETFUND as a channel for onward distribution of same to the various tertiary institutions in the country.

Olanipekun said it was inconceivable and morally unjust for the Federal Government to keep on restricting disbursement of funds from TETFUND, which primarily are generated from the nation’s collective revenue, to public institutions at the expense of private ones.

He urged the Federal Government to without any further delay, halt the discrimination between public and private universities in the disbursement of fund by TETFUND.

“The grundnorm of Nigeria is the Constitution of the Federal Republic of Nigeria 1999 (as amended), which, by section 42 (1) (a) prohibits discrimination against any citizen of Nigeria in any form or manner through the application of any law, executive or administrative action of government.

“At a point in time, the erstwhile Vice-President of Nigeria, Architect Namadi Sambo, was quoted as saying that the Federal Government would redress the injustice. That promise is yet to be honoured.

Olanipekun decried the increasing rate at which Nigerian youths are leaving the country in search of golden fleece in other countries.

“It is disheartening, horrifying and heart-wrenching news of the maltreatment, maiming and killing of some of the emigrants that litter media space – print, electronic and social media”, he lamented.

He regretted a situation whereby majority of Nigeria’s trained youths emigrate from the country in droves, searching for golden fleece in other climes, a good number of which are less endowed than Nigeria, is unacceptable and should be a thing to be worried about as a nation.