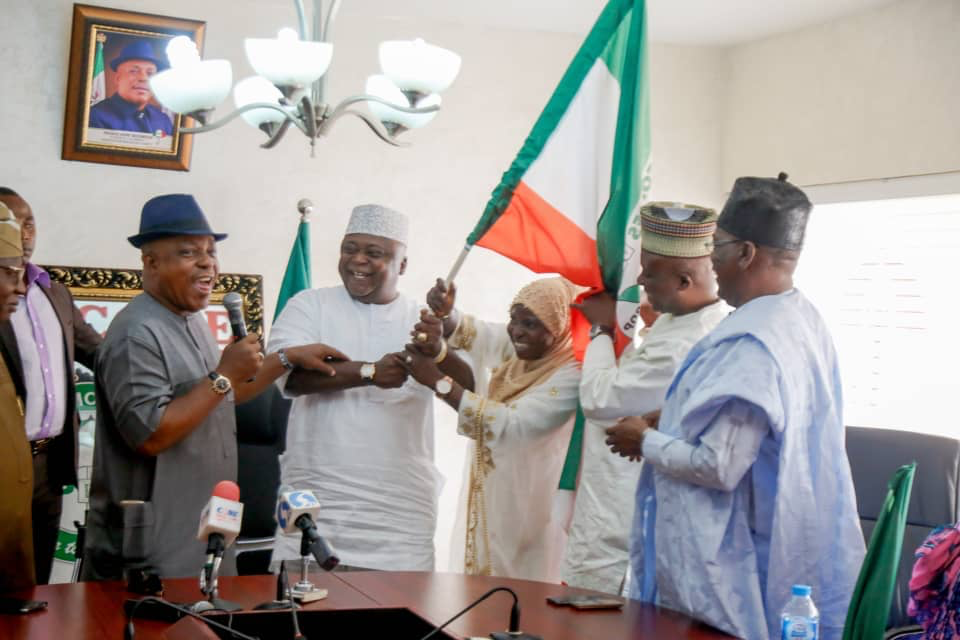 Hon. Oladipupo Adebutu has been congratulated by the Ogun State chapter of the Peoples Democratic Party (PDP) for his recognition as the party’s Governorship Candidate in the state for the 2’019 general election.

In a press statement released by the Chairman of the PDP in Ogun State, Hon. Sikirullahi Ogundele and made available to journalists, he made it clear that the official presentation of the party’s flag by the national leadership of the party to Hon Adebutu has laid to rest the controversy over who would fly the party’s flag in the coming election.

The Ogun State governorship candidate, Hon Adebutu, along with his counterparts in Lagos State, Mr. Jimi Agbaje and Oyo State, Mr. Seyi Makinde were handed over the official flags of the PDP by the National Chairman of the party, Prince Uche Secondus in his office in Abuja on Friday.

“We are convinced that time has come to put an end to the maladministration of the All Progressives Congress (APC) in Ogun State and we have to work together to achieve this aim.

“This is a reward for hard work, resilience and perseverance. It is a thing of joy that Hon. Oladipupo Adebutu has been recognized by the national leadership of the PDP despite some hitches that is delaying his recognition for the election by the Independent National Electoral Commission (INEC).

“It is certain that our party will record victory at the general elections in 2019 both in Ogun State and at the national level by the special grace of God,” Ogundele was quoted to have said in the statement.

Alhaji Ibitoye stated further in the statement that Hon. Adebutu, representing Ikenne/Shagamu/Remo North at the Federal House of Representatives, has all the qualities required in a Governor.

The State Publicity Secretary added in the statement that all members of the party in Ogun State are behind the candidature of Hon. Adebutu, adding that his blueprint for the state would put an end to poverty, and promote education, infrastructural development and welfare of the people of the gateway state.

While rejoicing with Hon. Adebutu for receiving the flag of the party as its Governorship Candidate in Ogun State, Ogundele said that all hands must be on deck, and urged all the aggrieved members of the party in the state to come together so that they could achieve their aim of “restoring the lost glory of Ogun State.”

Alhaji Ibitoye said further that Ogundele was impressed by the conduct of the teeming members of the party in the state and its supporters for comporting themselves in a peaceful manner despite the challenges the party was facing.

According to him, “the state chapter of the PDP is impressed that our people did not resort to violence despite the challenges the party is going through in the state, and this is a testimony that Hon Adebutu is widely accepted and loved across the length and breadth of Ogun State

“We are very sure that the issue on ground would soon be resolved by the court of law and Adebutu would be officially recognized by the INEC as the PDP governorship candidate in Ogun State.