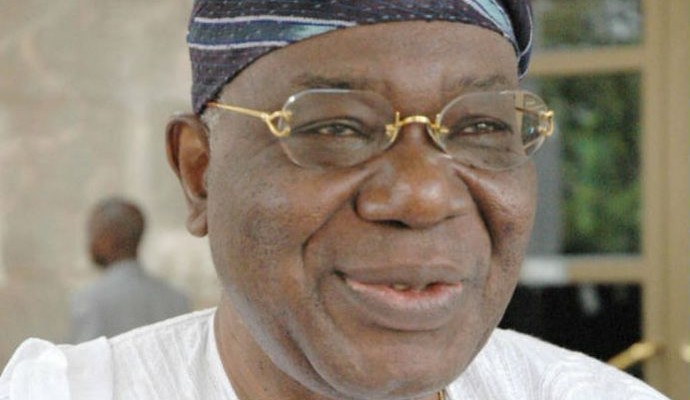 The State said the elder statesman was hale and hearty.

Report broke out on social media Tuesday evening that the former Head of Interim National Government of Nigeria, who succeeded ex-Military President Ibrahim Babangida in 1994 had passed on after a brief illness at 82.

However, BusinessDay reports that the Ogun government called the NUJ Secretariat located Iwe Irohin House, which is a stone thrown from Shonekan’s house to confirm that he was alive and not dead as widely reported.

A telephone call from the Secretary to the State Government, Taiwo Adeoluwa, on Tuesday evening indicated that the former Head of Interim National Government of Nigeria is hale and hearty as the government says, “It is a lie from hell. Baba is alive.”

Nigeria is lucky to have Buhari as president – Osinbajo